*Today, Microsoft sponsors an afternoon of workshops to mark World Usability Day, the annual event for usability professionals to raise awareness for their field and discuss research, best practices and products.*

communication between people and computers – these are all things that interest Steve Seow and other usability experts around the world.

As part of World Usability Day today, members of the Usability Professionals’ Association (UPA) worldwide will host events to discuss usability and to share research and best practices.

“There’s so much to gain by hosting an annual usability event,” said Seow, a user experience researcher for Microsoft’s Interactive Entertainment Business design team. “We’re a company with so much to talk about, and this was an opportunity we didn’t want to pass up. We hope that people walk away understanding Microsoft’s commitment, investment, and leadership in the usability space.” 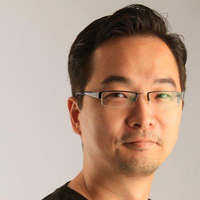 The event will be held on the company’s Redmond Campus from noon to 5 p.m., and attendance is free. A variety of experts will be presenting in areas ranging from industrial design to natural user interfaces, with featured speakers from Microsoft Research, Kinect for Xbox 360, Lync, Windows Phone 7, and the University of Washington.

Founded in 2005 by the UPA, World Usability Day is held on the second Thursday of each November, and is marked by experts in more than 43 countries who help organize more than 200 events.

“I try to look at both the context of what people’s needs are, and what people’s desires are, and how we translate those needs and wants into a product that’s usable, useful, and delightful,” Shum said. “That’s what I see usability as. For Windows Phone 7, we couldn’t create a phone for everyone, or one just for ourselves. We spent a lot of time and effort thinking about who the phone is for.” 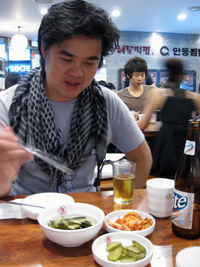 Shum said the usability discussion often doesn’t capture that connection – a person’s connection with their technology that is just as strong as their connection to a car or a favorite pair of shoes.

“People connect with products not just at a functional level, but at an emotional level,” Shum said. “It’s not just a piece of technology. It’s a product you trust literally with your life – it knows a lot about you. You carry it with you everywhere. Some people go to bed and wake up with their phones. In some ways, it’s your personal companion. “

“In an ideal state, with that emotional connection there, the technology just disappears and you don’t think about it,” Shum said. “Usability is about design, but people who work on usability are also responsible for the whole experience – how it all comes together. I think that’s important for people to think about.”

“Usability almost seems like a misnomer,” he said. “Often usability becomes a synonym for labs and testing and research, but it’s also about building great user experiences.”

World Usability Day is an opportunity to discuss just that – creating great experiences for users, he said. Raghav was one of the people who started the Microsoft Lync (formerly known as Communicator) client team in 2003, and the team knew that the key to success was having end users “really love our products.” 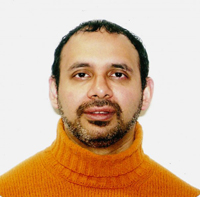 “That’s a business strategy for us, not just a product strategy,” Raghav said. “We would convince them that Lync is a better way of communicating than that phone on their desk.”

When the team set out to build Lync (then Communicator), the PC was not yet fully accepted as a full communications device, he said. As Communicator, the product would go on to show that the PC was not just for e-mail, but could be used for calling, video conferencing and instant messaging.

“The way we work is changing,” Raghav said. “This was a big vision-in-the-making the last seven years, bringing together all of these different ways of communicating.”

Raghav noted that World Usability Day is the perfect opportunity to talk about the “fleet of products” Microsoft has, and to talk about ways for business groups across Microsoft to work in unison to create a seamless, optimal experience for users.