In at least one respect, Capuchin monkeys are smarter than humans — they don’t assume a higher price tag means better quality, according to a new Yale study appearing in the open-access journal Frontiers in Psychology.

People consistently tend to confuse the price of a good with its quality. For instance, one study showed that people think a wine labeled with an expensive price tag tastes better than the same wine labeled with a cheaper price tag. In other studies, people thought a painkiller worked better when they paid a higher price for it.

The Yale study shows that monkeys don’t buy that premise, although they share other irrational behaviors with their human relatives. 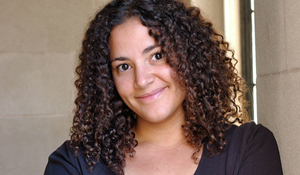 “We know that capuchin monkeys share a number of our own economic biases. Our previous work has shown that monkeys are loss-averse, irrational when it comes to dealing with risk, and even prone to rationalizing their own decisions, just like humans,” said Laurie Santos, a psychologist at Yale University and senior author of the study. “But this is one of the first domains we’ve tested in which monkeys show more rational behavior than humans do.”

Rhia Catapano, a former Yale undergraduate who ran the study as part of her senior honors thesis, along with Santos and colleagues designed a series of four experiments to test whether capuchins would prefer higher-priced but equivalent items. They taught monkeys to make choices in an experimental market and to buy novel foods at different prices. Control studies showed that monkeys understood the differences in price between the foods. But when the researchers tested whether monkeys preferred the taste of the higher-priced goods, they were surprised to find that the monkeys didn’t show the same bias as humans.

Santos and colleagues think that differences in the response of humans and capuchins could stem from the different experiences that monkeys and people have with markets and how they behave.

“For humans, higher price tags often signal that other people like a particular good.” Santos noted. “Our richer social experiences with markets might be the very thing that leads us — and not monkeys — astray in this case.”