Understanding the How-To of Effective Communication in Small Groups

It is likely a daily occurrence: People hold well-intentioned meetings that ultimately turn out to be ineffective.

Why? The list of variables can be astonishingly long, said Joseph Bonito, a University of Arizona communication professor who specializes in small group communication.

A clash in personality types can result in failed meetings just as a differentiation of rank can result in lower engagement. Likewise, the failure to communicate expectations during and after the meeting can be problematic.

Despite such a striking range of variables, because meetings purportedly exist in certain settings to engage interaction and important decision-making processes, Bonito’s research agenda advances what is known about effective and ineffective group-based communication and successful decision making processes. 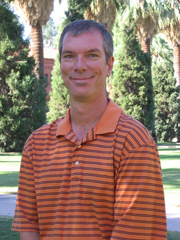 Even though a group dynamic is always different, UA researcher Joseph Bonito said: “We can learn a lot of valuable information about what happens when people get together and talk through problems in order to make a decision.” Image credit: University of Arizona

“How we communicate, how we discuss is essential,” said Bonito, who specifically studies the communication patterns that lead to effective decision making.

“Part of what happens when we have group discussion is somewhat predictable and formulaic, but a lot of it is also unpredictable and dynamic,” he said. “The question is how those two parts are put together by people in groups to come up with an outcome that is reasonable and acceptable to all.”

In one study, Bonito serves as the co-investigator with other researchers at The University of Arizona Cancer Center on a National Institutes of Health and National Cancer Institute grant. The team is examining the North American Quitline Consortium, a network of publicly funded smoking cessation providers in the U.S. and Canada.

Research findings on the quitlines has already been peer-reviewed and published in an April issue of Health Communication.

All 50 states in the U.S. have quitlines, which were mandated by a court settlement after tobacco companies were sued for misleadingly marketing their product, contributing to nicotine addiction.

The quitlines provide services to smokers who want to discontinue their smoking habit. Smokers call to speak to a quitline representative, who makes available a variety of services, such as counseling, a nicotine patch, or a “text to quit” service that provides smokers with a daily message on the benefits of living a smoking-free life.

For the investigation, Bonito and his team targeted 269 participants, all affiliated with the NAQC, and evaluated how the information regarding smoking cessation services was being shared. For example, quitlines have conferences, bulletin boards and blogs where service providers post information about a service that they believe to be successful in helping smokers quit.

“Communication patterns in groups tend to rely on a variety of factors,” said Jennifer Ervin, a UA communication graduate student and Bonito’s research assistant. “These factors include: What is the ultimate goal of the group? Does a consensus need to be made? Is there a clear solution or is it more subjective? Is equal participation required?”

In order to answer these questions, Bonito and his colleagues embarked on a network analysis that included sending quitlines a survey for three consecutive years.

Among other things, the team found that perceived organizational values and attitudes greatly influenced decisions around adopt cessation practices. Also influential were mandates and budgeting considerations. But the team found that those “internal constraints,” such as values and attitudes internal to an organization, were important contributors to the adoption of quitlines.

Ultimately, the team’s findings indicated that consensus was crucial in determining the adoption of quitlines; that assigning an individual decision-maker was less effective. The finding is somewhat counter to the belief that there must exist a single, leading voice to enact change.

In an unrelated but thematically similar project, Bonito is leading an investigation of communication among Lego League building teams.

Bonito and his collaborators are studying the decision-making processes of local Lego robotics teams, a project inspired by his four-year stint as the coach of his son’s team.

The main goal of the Lego robotics teams is to teach children how to work together and the importance of teamwork, Ervin noted.

“It’s really exciting to see these children evolve and learn to work together,” she said.

Each group is given sets of instructions for how to build and program their robot to perform certain tasks. Groups then compete at regional, state and national competitions where robot performance and design are judged, as are teamwork skills, which include clarity of team goals, balanced involvement and time management.

Bonito and his team are investigating how team members set certain group-based values, work together and manage the communication process. The team videotapes the children as they work in groups to assemble a Lego robot. The researchers also will gauge team success, based on the evaluation of judges, to determine which communication practices contribute to performance for those who place well in the competition versus those who do not.

In fact, the next phase of Bonito’s work on the developmental teamwork processes of children includes asking parents to explain how they taught their kids about teamwork.

Coupled with the investigation of smoking cessation teams, Bonito hopes the Lego team investigation will eventually enhance what is known about effective group-based communication.

“If it were so easy to predict group outcomes from the types of people chosen to be in a group, what is the point in having a meeting at all? But we expect something to happen in meetings – that’s what group discussion is all about,” Bonito said.

“We assume that group decision making is superior to how individuals decide, but that doesn’t happen by magic,” he said. “There is something about that process that leads me to believe that communication scholars can have some bearing on understanding why. By being able to understand things, we can tell people how to be better at what they do.”