Using a cutting-edge research technique, UCLA researchers have reconstructed the temperature history of a region that plays a major role in determining climate around the world.

The findings, published online Feb. 27 in the journal Nature Geoscience, will help inform scientists about the processes influencing global warming in the western tropical Pacific Ocean.

The study analyzes how much temperatures have increased in the region near Indonesia, and how ocean temperatures affect nearby tropical glaciers in Papua New Guinea and Borneo. Researchers also evaluated the accuracy of existing climate model predictions for that region. The findings illustrate that the region is very sensitive to climate change and that it has warmed considerably over the last 20,000 years, since the last ice age.

The team chose the specific area examined in the study because it is Earth’s warmest open ocean region and a primary source of heat and water vapor to the atmosphere. As a result, temperature changes there can influence climate not just regionally, but globally.

“The tropical Pacific ocean-atmosphere system has been called a sleeping dragon because of how it can influence climate elsewhere,” said lead author Aradhna Tripati, a UCLA assistant professor in the departments of Earth, planetary and space sciences, and atmospheric and oceanic sciences. 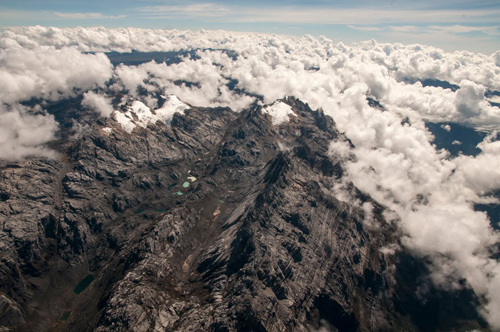 Tripati and her team used a technique known as clumped isotope thermometry, which examines the calcium carbonate shells of marine plankton for subtle differences in the amounts of carbon-13 and oxygen-18 they contain. The researchers analyzed extensive modern and geological datasets, conducted theoretical calculations and examined climate model output. The group discovered that temperatures have changed by about 8 to 10 degrees Fahrenheit (4 to 5 degrees Celsius) over that span — more than scientists had previously thought, and more than most models have estimated. 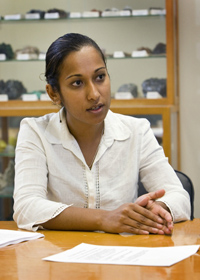 “Most global climate models underestimate the average temperature variations that the region has experienced,” Tripati said, adding that the other models’ simulations may be incomplete or the models are not sensitive enough.

The UCLA team’s conclusions about temperature changes in the region also imply that there have been major fluctuations in the volume of water vapor in the atmosphere there.

As part of the study, Tripati and her colleagues also investigated what sets the past and present height of glaciers in the tropics, and why they have been retreating. To accurately estimate the height of tropical glaciers and average temperatures at altitude in this region, they found that atmospheric mixing, through a process known as entrainment, needs to be factored in.

“We found that the large amount of ocean warming goes a long way to explaining why glaciers have retreated so much,” said Tripati, a faculty member in the College of Letters and Science and a member of UCLA’s Institute of the Environment and Sustainability. “Throughout the region, they have retreated by close to a kilometer since the last ice age, and are predicted to disappear in the next one to three decades. Previously understanding this large-scale glacial retreat has been a puzzle. Our results help resolve this problem.”

Among the implications of the study are that ocean temperatures in this area may be more sensitive to changes in greenhouse gas levels than previously thought and that scientists should be factoring entrainment into their models for predicting future climate change.

The group has already begun a follow-up study, looking at sediment from Indonesia’s Lake Towuti to develop data that can be used to further improve models of climate and water cycling for the region. Researchers will also look at other places in the tropics, the Western U.S. and China.

The research was supported primarily by the National Science Foundation.

– By Karen A. Lefkowitz