Since 1995, scientists have discovered approximately 600 planets around other stars, including 50 planets last month alone, and one that orbits two stars, like Tatooine in Star Wars. Detection of the first Earthlike planet remains elusive, however, and now the University of Chicago joins the search with the addition of Jacob Bean and Daniel Fabrycky to the faculty.

“I can’t imagine a more profound impact on humanity than the discovery that there are other Earthlike worlds or that we are not alone,” said Rocky Kolb, the Arthur Holly Compton Distinguished Service Professor in Astronomy & Astrophysics and department chairman. 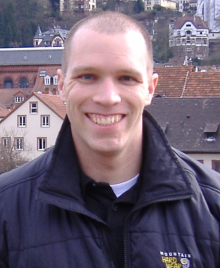 Bean joins the faculty as an assistant professor in astronomy & astrophysics this autumn quarter. Fabrycky, who was a member of the team that discovered the Tatooine-like planet, will join the department next fall. Bean and Fabrycky were hired following a joint search conducted by the Department of Astronomy & Astrophysics and the Department of Geophysical Sciences.

The new faculty additions come as the University as a whole is engaged in a significant expansion of its faculty. The departments of geophysical sciences and astronomy & astrophysics had identified the study of exoplanetary systems as one priority for their faculty, noting that discoveries in this arena “could have intellectual, cultural, and societal impacts comparable to those of Copernicus, Galileo and Darwin.”

A host of geophysical sciences faculty members already pursue interests related to exoplanets, said Michael Foote, professor and chairman of geophysical sciences. “What I personally find interesting is to see just what is the spectrum of variation in the kinds of planetary systems there could be out there,” said Foote, a paleontologist. “Models of solar system formation largely have been based on the details of our own system. Now that others are being discovered, many with unexpected properties, we need to revise our models.” 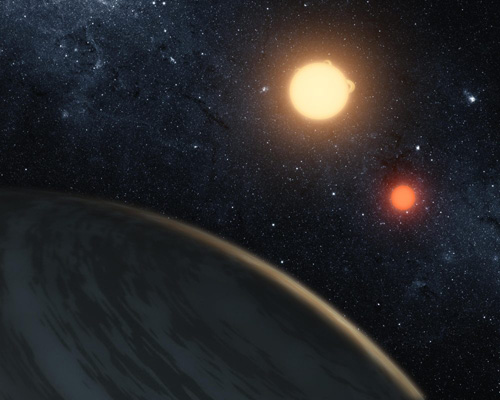 The University of Chicago is poised to explore new worlds with the hiring of Jacob Bean and Daniel Fabrycky, two new faculty members working on the discovery and characterization of planets orbiting around other stars. This artist’s concept illustrates Kepler-16b, the first planet known to definitively orbit two stars. The planet, which can be seen in the foreground, was discovered by NASA’s Kepler project, of which Fabrycky is a member. Courtesy of NASA/JPL-Caltech/T. Pyle

Exoplanets have emerged as a fairly recent interest of Dorian Abbot, assistant professor in geophysical sciences. Abbot has focused most of his work on periods deep in Earth history, when ice and snow may have covered the entire planet, and on other fundamental problems in climate dynamics and variability.

But last July, he and Eric Switzer, postdoctoral fellow at the Kavli Institute for Cosmological Physics, published a paper in Astrophysical Journal Letters about conditions under which an earthlike-planet that has been ejected from its planetary system could sustain a life-nurturing liquid ocean. Switzer, a member of the South Pole Telescope team, primarily studies deep-space phenomena, including the afterglow of the big bang. 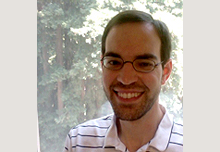 “We met at a party and were walking out together and found out we lived in the same neighborhood, then the same building, then the same floor,” Abbot said. “Then we started talking about various science questions.”

Their rogue-planet paper resulted from their discussions. But with exoplanetary research emerging as a new focus in the departments of geophysical sciences and astronomy & astrophysics, such collaborations are more likely to arise intentionally rather than from serendipitous encounters.

“The culture around here is that departmental and divisional boundaries just don’t mean anything,” Foote said. “In general, people follow their interests irrespective of what other units the folks are appointed in.”

Bean comes to UChicago from the Harvard-Smithsonian Center for Astrophysics, where he worked as a postdoctoral researcher. His interests include finding new planets to determine the census, orbits and masses of planets, and the architecture of planetary systems, as well as studying the detailed physical properties of individual planets. 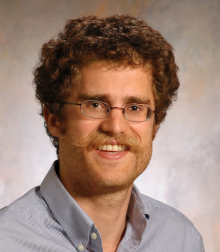 Bean would especially like to detect and study ever-smaller planets. “The ultimate goal is to find and study Earth-size extrasolar planets that may be habitable,” he said.

Observing low-mass stars is a practical way to detect smaller planets because the techniques Bean uses all involve measuring a signal relative to the planet’s host star. A star of low mass and small size facilitates the detection of smaller planets for a given level of precision as compared to larger stars, which include the sun.

“In the push to smaller planets, low-mass stars offer a shortcut,” Bean said. “It also turns out that low-mass stars are the most numerous type of stars in our galaxy, so taking the census of planets around these stars is an important component of understanding the overall planet population.”

Bean noted that UChicago’s newly acquired access to the Magellan Telescopes and its founding membership in the Giant Magellan Telescope will be critical to his future success. “I look forward to making many exciting discoveries with these facilities,” he said.

Fabrycky is a Hubble Postdoctoral Fellow at the University of California, Santa Cruz, where his research has focused on the Kepler mission to find Earth-size planets around other stars. He specializes in the dynamics of exoplanets and their orbital characteristics.

For Kepler he’s been studying the architecture of planetary systems using the passage of the planets in front of their stars.“The precise timing of those mini eclipses, called transits, tells you about what other planets are acting gravitationally in the system,” he explained. “If you see one planet whose transits are not perfectly periodic, that means it’s likely being gravitationally acted on by another planet.”

Fabrycky is a relatively rare theorist in the community of exoplanetary scientists, most of whom are observers. “I am interested in observations as well,” he said, but from a more theoretical or mathematical point of view. “I can see things in the data that other people miss and I think that’s my strength.”