*Significant amount of carbon in land is leaking into streams and rivers, then to the atmosphere*

Rivers and streams in the United States are releasing substantially more carbon dioxide into the atmosphere than previously thought.

This according to researchers publishing their results in the current issue of the journal Nature Geoscience.

Their findings could change the way scientists model the movement of carbon among land, water and the atmosphere.

“This study demonstrates that both are much higher than assumed. The research should enable more predictive and precise models of carbon cycling at regional to global scales.” 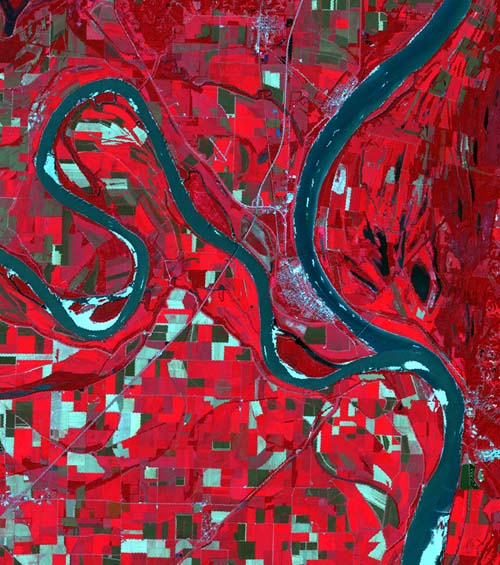 The researchers found that a significant amount of carbon contained in land, which first is absorbed by plants and forests through the air, is leaking into streams and rivers and then released into the atmosphere before reaching coastal waterways.

“What we are able to show is that there is a source of atmospheric carbon dioxide from streams and rivers, and that it is significant enough for terrestrial modelers to take note of it,” said David Butman, a co-author of the paper and scientist at the Yale University School of Forestry & Environmental Studies.

He and his co-author, ecologist Peter Raymond also of Yale, analyzed data from samples of more than 4,000 rivers and streams throughout the United States, and incorporated detailed geospatial data to model the flux of carbon dioxide from water.

This release is equal to a car burning 40 billion gallons of gasoline, enough to drive back and forth to the moon 3.4 million times.

“This has never been systematically estimated from a region as large as the United States.”

The paper, titled “Significant Efflux of Carbon Dioxide from Streams and Rivers in the United States,” also indicates that as the climate heats up there will be more rain and snow, and that an increase in precipitation will result in even more terrestrial carbon flowing into rivers and streams and being released into the atmosphere.

Any accurate estimate of carbon uptake vs. carbon released must include the carbon in streams and rivers, Butman said.

The researchers note that currently it’s difficult to determine how to include this flux in regional carbon budgets, because the influence of human activity on the release of carbon dioxide into streams and rivers is still unknown.

The research was also funded by a NASA Earth and Space Science Fellowship, a NASA Carbon & Ecosystems Program grant, and the Yale School of Forestry & Environmental Studies.