Two Americas: Seniors are getting healthier but most gains go to high-income whites

ANN ARBOR — Older Americans report feeling dramatically healthier than they did 14 years ago but that good health isn’t evenly distributed, with much of the gain going to the wealthiest, most highly educated and whites.

The findings suggest a growing gap in health disparities when comparing high-income, educated and whites age 65 and older with less advantaged counterparts––disparities that aren’t explained by lack of access to health care. That’s because presumably all seniors––regardless of income––have access to medical treatment through Medicare. 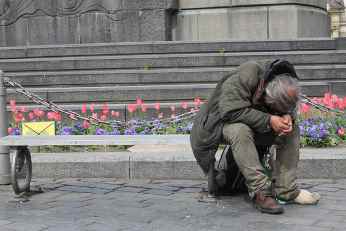 The new University of Michigan study found that, overall, the number of older adults who reported good health increased 14 percent over the 2000-2014 study period. That bit of good news didn’t particularly surprise lead author Matthew Davis, assistant professor in the U-M School of Nursing, who said those findings are consistent with other studies.

But, Davis said he was “amazed” at the clear health disparities according to race, education and income after adjusting for changes in age and sex. Moreover, the disparities clearly increased from 2000 to 2014.

“The widening health disparities is particularly striking because older Americans have access to health care,” Davis said. “Policies have to extend beyond just getting people access to health care to get at what’s driving disparities. The lack of improvement in health among all groups could imply that public health initiatives are leaving some people behind.”

Historically, researchers have focused on sick people (say, the proportion of disabled older adults) to measure changes in health over time. Davis’ group took a different approach, looking instead at healthy people. This approach to looking at the data isn’t necessarily more comprehensive, but it’s a different measuring stick and provides a new perspective, Davis said.

“Prior to our work, little was known about healthy older adults, those people at the opposite end of the spectrum,” he said. “Our argument is that using poor health as a measure of population health is analogous to making conclusions about the economy based only on the poverty rate.”

Researchers used data from 55,000 older adults in the Medical Expenditure Panel Survey and who reported their health twice during the year. When health trends were broken down by education, race and income, the widest disparities occurred when comparing educational attainment. Older adults with graduate degrees saw the greatest health gains, with 56 more healthy people per thousand by the end of the study, whereas the diploma group remained flat over time.

The high-income group reported the most health, and increased steadily from 490 per 1,000 to 603 per 1,000 Overall, 52 percent of healthy older adults were from high-income families, compared to 31 percent among the not-healthy group.

Researchers and policymakers are very interested in tracking the health of older Americans, Davis said. Americans are aging, baby boomers are retiring and older adults are expensive to care for––by 2050 the population of older adults is expected to nearly double, from 45 million to 84 million, and account for nearly a quarter of the U.S. population.

The study had some limitations: Answers were self-reported, and the study only included people in the community, meaning it didn’t account for people in nursing homes or otherwise institutionalized. Also, there could be changing trends over time in how people perceive health, so “excellent health” as defined by someone in 2000 could mean something different in 2014.

Co-authors include Cui Guo, Ketlyne Sol, Kenneth Langa, and Brahmajee Nallamothu. Davis, Nallamothu, and Langa also have appointments at the U-M Institute for Healthcare Policy and Innovation, and Davis has an appointment at the Institute for Social Research.