Trust in Your Neighbors Could Benefit Your Health, MU Study Shows

COLUMBIA, Mo. – Here’s an easy way to improve your health: trust your neighbors.  A new study from the University of Missouri shows that increasing trust in neighbors is associated with better self-reported health.

“I examined the idea of ‘relative position,’ or where one fits into the income distribution in their local community, as it applies to both trust of neighbors and self-rated health,” said Eileen Bjornstrom, an assistant professor of sociology in the MU College of Arts and Science.  “Because human beings engage in interpersonal comparisons in order to gauge individual characteristics, it has been suggested that a low relative position, or feeling that you are below another person financially, leads to stress and negative emotions such as shame, hostility and distrust, and that health suffers as a consequence. While most people aren’t aware of how trust impacts them, results indicated that trust was a factor in a person’s overall health.” 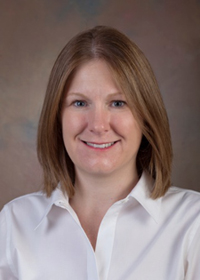 Eileen Bjornstrom, an assistant professor of sociology in the MU College of Arts and Science, found that people reported better health when they trusted their neighbors. Image credit: University of Missouri

In the study, Bjornstrom examined the 2001 Los Angeles Family and Neighborhood Survey. Contrary to expectations, she found that respondents with a higher income, relative to their community, were more likely to be distrustful of their neighbors. Simultaneously, while taking into account factors such as level of education, income, and age, people who reported that “their neighbors can be trusted” also reported better health on average.

“I was surprised about the direction in which relative position was linked to distrust. If affluent individuals are less likely to trust their poorer neighbors, it could be beneficial to attempt to overcome some of the distrust that leads to poor health,” Bjornstrom said. “It is possible that shared community resources that promote interaction, such as sidewalks and parks, could help bridge the neighborhood trust gap, and also promote health and well-being. Residents of all economic statuses might then benefit if community cohesion was increased. Additional research can address those questions.”

“For example, relative position at work could matter for health because it might be associated with autonomy or other benefits,” Bjornstrom said.