Are new England’s iconic maple trees at risk? If a beetle has its way, the answer may be yes.

Results from the first study of the Asian longhorned beetle (ALB) in forests show that the invasive insect can easily spread from tree-lined city streets to neighboring forests.

A paper reporting the results appears today in the Canadian Journal of Forest Research.

The ongoing ALB infestation in Worcester, Mass., is the only outbreak so far that has allowed the beetle to invade nearby closed-canopy forests.

The beetle was first detected in Worcester in 2008 by a private citizen. 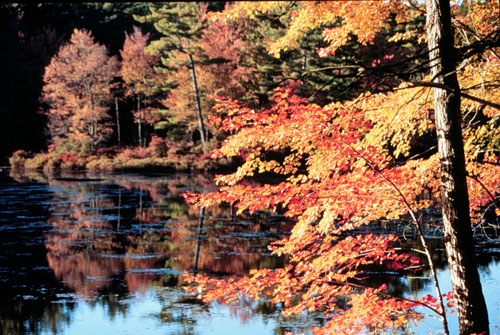 How much longer will maples grace New England forests? A beetle may have the answer. Image credit: NSF Harvard Forest LTER Site

Containment efforts now cover a 98-square-mile area around the city. Forests surrounding Worcester are part of a heavily wooded corridor stretching from New York into New Hampshire, Vermont, and Maine.

David Orwig, a forest ecologist at the National Science Foundation’s (NSF) Harvard Forest Long-Term Ecological Research (LTER) site, says that “the ALB apparently has been in the Worcester area for at least 10 years, and, undetected, could have easily spread to even larger tracts of continuous forest.” NSF’s LTER is one of 26 such NSF LTER sites around the world and Orwig is one of two lead scientists on the study.

Kevin Dodds, an entomologist from the U.S. Forest Service and the other lead researcher on the study, adds, “From our work it became apparent that ALB was readily moving through forests and attacking trees, making it a threat to forests in the region.”

On city streets, the ALB invades many different types of hardwood trees. But in forests, the beetle disproportionately attacks large maple trees. 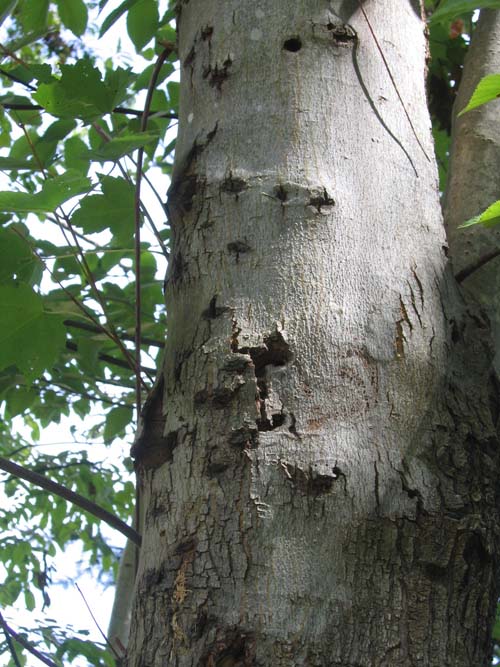 At one of the forested study sites in a suburb north of Worcester, nearly two-thirds of all the maples were infested, including red, sugar, and Norway maples. Maple trees are a vital component of New England’s iconic landscape, as well as its maple syrup industry.

Red maples, the study shows, are particularly vulnerable to infestation. Red maples are widespread in New England and central to the region’s fall foliage tourism industry, which attracts more than one million visitors annually to New England and generates $1 billion in revenue.

According to Orwig, “If the ALB continues to spread outside Worcester, the abundance of red maples could provide a pathway for its dispersal throughout New England and other parts of eastern North America.” 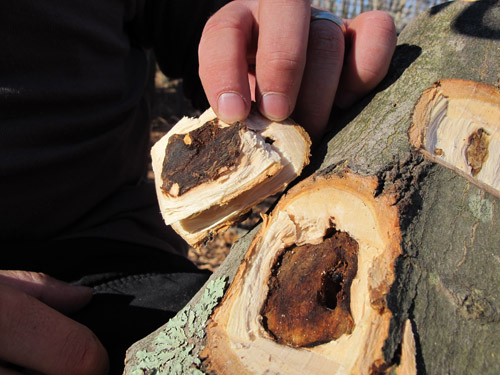 The Worcester ALB outbreak is the largest to date in North America with more than 19,600 infested trees found, more than 1,100,000 trees searched and more than 29,000 trees removed. It is also the largest in quarantined area size.

The ALB eradication efforts in these stands have involved tree harvest and consequently have led to shifts in forest composition from maple to oak, which may have cascading effects on soil processes and ecosystem function.

“NSF’s LTER program, with collaboration by the U.S. Forest Service, is ideally suited for research that provides an early indication of the spread of a non-native species–one that’s a potential socioeconomic and environmental threat,” says Nancy Huntly, NSF LTER program director.

Orwig notes that a long view is critical to studying and forecasting the impacts of ALB and other invasive pests.

“The duration of the current infestation is unknown, but it is likely to continue for at least several more years,” he says. “Only through a long-term approach can we begin to evaluate the impacts of how ecosystems are impacted over decades and longer.”