COLUMBIA, Mo. – More than 20 years ago, Charles Borduin, a University of Missouri researcher, developed a treatment for juvenile offenders that has become one of the most widely used evidence-based treatments in the world. Now, he has found that the treatment continues to have positive effects on former participants more than 20 years after treatment. 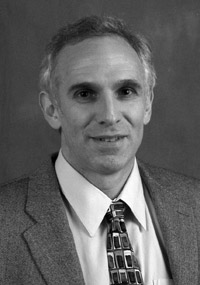 Throughout the course of his career, Borduin, professor of psychological sciences in the College of Arts & Science, has pioneered the treatment called Multisystemic Therapy (MST) as a way to prevent serious mental health problems in children and adolescents. MST interventions involve the offender’s entire family and community, as opposed to the more common individual therapy, where the offender visits a therapist who offers feedback, support and encouragement for behavior change.

Borduin followed up with clinical trial participants that completed treatment nearly 22 years earlier, on average. He found the following differences between participants who received MST and those who received individualized therapy:

“This research shows that Multisystemic Therapy has long-lasting effects,” said Borduin. “Nearly 22 years after treatment, juvenile offenders treated with MST still see positive effects. This treatment has protected many potential victims, and I hope this research helps to encourage further use of the method.”

The study follows an original clinical trial that took place between 1983 and 1986. In the original trial, the 176 children who participated in the study were randomly selected for treatment with MST or individual therapy.  For this study, Borduin located records for more than 80 percent of participants. On average, the follow-up occurred 21.9 years following the conclusion of treatment. Borduin said this is one of the longest post-treatment period follow-ups ever done for a psychological evidence-based treatment of any disorder.

In a previous study, Borduin found that the net cumulative benefit of providing MST to a single juvenile offender resulted in a savings to taxpayers and crime victims of $75,110 to $199,374 over nearly 14 years. Borduin now plans to study savings over the course of almost 22 years following treatment.

Borduin’s findings were recently published in the Journal of Consulting and Clinical Psychology. He collaborated with Aaron Sawyer, a graduate student in the Department of Psychological Sciences.