Tiny Amounts of Alcohol Dramatically Extend A Worm’s Life, But Why?

Minuscule amounts of ethanol, the type of alcohol found in alcoholic beverages, can more than double the life span of a tiny worm known as Caenorhabditis elegans, which is used frequently as a model in aging studies, UCLA biochemists report. The scientists said they find their discovery difficult to explain.

“This finding floored us — it’s shocking,” said Steven Clarke, a UCLA professor of chemistry and biochemistry and the senior author of the study, published Jan. 18 in the online journal PLoS ONE, a publication of the Public Library of Science.

In humans, alcohol consumption is generally harmful, Clarke said, and if the worms are given much higher concentrations of ethanol, they experience harmful neurological effects and die, other research has shown.

“We used far lower levels, where it may be beneficial,” said Clarke, who studies the biochemistry of aging.

The worms, which grow from an egg to an adult in just a few days, are found throughout the world in soil, where they eat bacteria. Clarke’s research team — Paola Castro, Shilpi Khare and Brian Young — studied thousands of these worms during the first hours of their lives, while they were still in a larval stage. The worms normally live for about 15 days and can survive with nothing to eat for roughly 10 to 12 days. 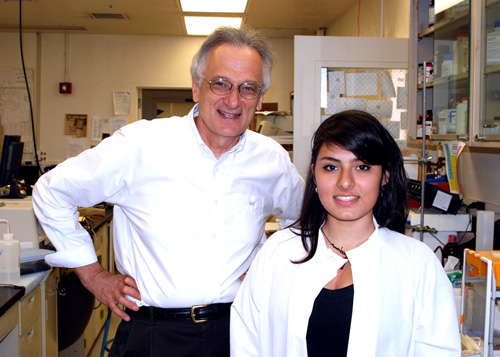 “Our finding is that tiny amounts of ethanol can make them survive 20 to 40 days,” Clarke said.

Initially, Clarke’s laboratory intended to test the effect of cholesterol on the worms. “Cholesterol is crucial for humans,” Clarke said. “We need it in our membranes, but it can be dangerous in our bloodstream.”

How little ethanol is that?

“The concentrations correspond to a tablespoon of ethanol in a bathtub full of water or the alcohol in one beer diluted into a hundred gallons of water,” Clarke said.

Why would such little ethanol have such an effect on longevity?

“We don’t know all the answers,” Clarke acknowledged. “It’s possible there is a trivial explanation, but I don’t think that’s the case. We know that if we increase the ethanol concentration, they do not live longer. This extremely low level is the maximum that is beneficial for them.”

The scientists found that when they raised the ethanol level by a factor of 80, it did not increase the life span of the worms.

The research raises, but does not answer, the question of whether tiny amounts of ethanol can be helpful for human health. Whether this mechanism has something in common with findings that moderate alcohol consumption in humans may have a cardiovascular health benefit is unknown, but Clarke said the possibilities are intriguing. 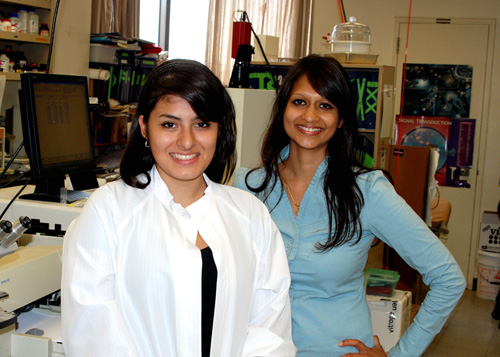 In follow-up research, Clarke’s laboratory is trying to identify the mechanism that extends the worms’ life span.

About half the genes in the worms have human counterparts, Clarke said, so if the researchers can identify a gene that extends the life of the worm, that may have implications for human aging.

“It is important for other scientists to know that such a low concentration of the widely used solvent ethanol can have such a big effect in C. elegans,” said lead author Paola Castro, who conducted the research as an undergraduate in Clarke’s laboratory before earning a bachelor’s degree in biochemistry from UCLA in 2010 and joining the Ph.D. program in bioengineering at UC Santa Cruz. “What is even more interesting is the fact that the worms are in a stressed developmental stage. At high magnifications under the microscope, it was amazing to see how the worms given a little ethanol looked significantly more robust than worms not given ethanol.”

“While the physiological effects of high alcohol consumption have been established to be detrimental in humans, current research shows that low to moderate alcohol consumption, equivalent to one or two glasses of wine or beer a day, results in a reduction in cardiovascular disease and increased longevity,” said co-author Shilpi Khare, a former Ph.D. student in UCLA’s biochemistry and molecular biology program who is now a postdoctoral fellow at the Genomics Institute of the Novartis Research Foundation in San Diego. “While these benefits are fascinating, our understanding of the underlying biochemistry involved in these processes remains in its infancy.

“We show that very low doses of ethanol can be a worm ‘lifesaver’ under starvation stress conditions,” Khare added. “While the mechanism of action is still not clearly understood, our evidence indicates that these 1 millimeter–long roundworms could be utilizing ethanol directly as a precursor for biosynthesis of high-energy metabolic intermediates or indirectly as a signal to extend life span. These findings could potentially aid researchers in determining how human physiology is altered to induce cardio-protective and other beneficial effects in response to low alcohol consumption.”

Clarke’s laboratory identified the first protein-repair enzyme in the early 1980s, and his research has shown that repairing proteins is important to cells. In the current study, the biochemists reported that life span is significantly reduced under stress conditions in larval worms that lack this repair enzyme. (More than 150 enzymes are involved in repairing DNA damage, and about a dozen protein-repair enzymes have been identified.)

“Our molecules live for only weeks or months,” Clarke said. “If we want to live long lives, we have to outlive our molecules. The way we do that is with enzymes that repair our DNA — and with proteins, a combination of replacement and repair.”

Researcher Brian Young, now an M.D./Ph.D. student at the David Geffen School of Medicine at UCLA, is a co-author on the research.