The truth about Galileo and his conflict with the Catholic Church

Today virtually every child grows up learning that the earth orbits the sun.

But four centuries ago, the idea of a heliocentric solar system was so controversial that the Catholic Church classified it as a heresy, and warned the Italian astronomer Galileo Galilei to abandon it.

Many people believe that Galileo was hounded by the church for almost two decades, that he openly maintained a belief in heliocentrism, and that he was only spared torture and death because his powerful friends intervened on his behalf. But an examination of the fine details of Galileo’s conflict with church leaders doesn’t bear that out, according to English department distinguished research professor Henry Kelly. 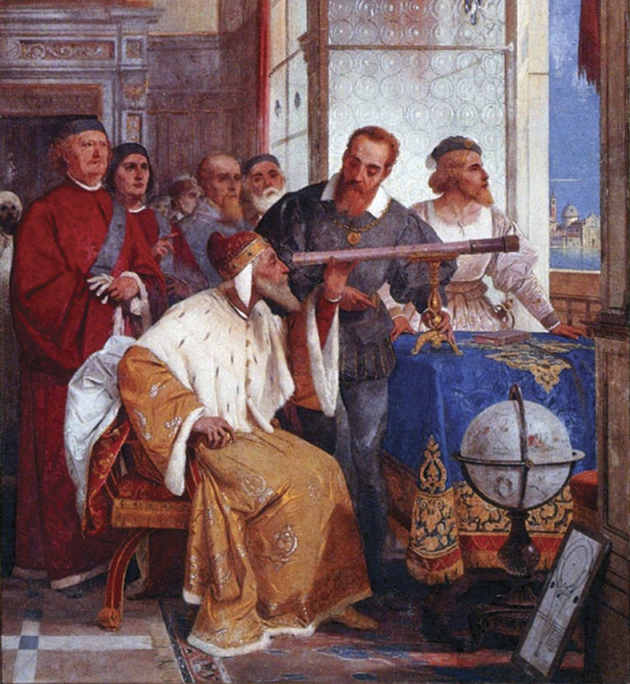 In an article published in the journal “Church History,” Kelly clarifies some popularly held notions around Galileo’s travails with the church.

“We can only guess at what he really believed,” said Kelly, who for his research undertook a thorough examination of the judicial procedure used by the church in its investigation of Galileo. “Galileo was clearly stretching the truth when he maintained at his trial in 1633 that after 1616 he had never considered heliocentrism to be possible. Admitting otherwise would have increased the penance he was given, but would not have endangered his life, since he agreed to renounce the heresy — and in fact it would have spared him even the threat of torture.”

This year marks the 400th anniversary of the beginning of the Catholic Church’s investigation into Galileo.

When first summoned by the Roman Inquisition in 1616, Galileo was not questioned but merely warned not to espouse heliocentrism. Also in 1616, the church banned Nicholas Copernicus’ book “On the Revolutions of the Celestial Spheres,” published in 1543, which contained the theory that the Earth revolved around the sun. After a few minor edits, making sure that the sun theory was presented as purely hypothetical, it was allowed again in 1620 with the blessing of the church.

Sixteen years after his first encounter with the church Galileo published his “Dialogue on the Two World Systems” in 1632, and the pope, Urban VIII, ordered another investigation against him. This time he was prosecuted, following the usual methods of the Roman Inquisition.

First, on April 12, 1633, before any charges were laid against him, Galileo was forced to testify about himself under oath, in the hopes of obtaining a confession. This had long been a standard practice in heresy proceedings, even though it was a violation of the canonical law of inquisitorial due process, Kelly said. However, the interrogation was not successful. Galileo failed to admit any wrongdoing.

The cardinal inquisitors realized that the case against Galileo would be very weak without an admission of guilt, so a plea bargain was arranged. He was told that if he admitted to having gone too far in his treatment of heliocentrism, he would be let off with a light punishment. Galileo agreed and confessed that he had given stronger arguments to the heliocentric proponent in his dialogue than to the geocentric champion. But he insisted that he did not do so because he himself believed in heliocentrism, Kelly said. Rather, he claimed he was simply showing off his debating skills.

After his formal trial, which took place on May 10 of that year, Galileo was convicted of a “strong suspicion of heresy,” a lesser charge than actual heresy.

“In sum, the 1616 event was not the beginning of a 17-year-long trial, as is often said, but a non-trial,” Kelly said. “Galileo’s actual trial lasted for only a fraction of a single day, with no fanfare at all.”

Kelly also noted that by the practice of the time, Galileo’s guilty plea, which denied actual belief in the heresy, triggered an automatic examination of his private beliefs under torture, a new procedure adopted by the church around the turn of the 17th century. Galileo was never tortured, however. The pope decreed that the interrogation should stop short with the mere threat of torture. This was a routine kind of limitation for people of advanced age and ill health like Galileo, and it should not be attributed to the influence of the scientist’s supporters.

Ultimately, Galieo’s book was banned, and he was sentenced to a light regimen of penance and imprisonment at the discretion of church inquisitors. After one day in prison, his punishment was commuted to “villa arrest” for the rest of his life. He died in 1642.

In his later years Galileo insisted on the truth of the geocentric solar system, Kelly said. The story that after he formally renounced the motion of the earth at his sentencing he muttered, “And yet it moves,” is a romantic invention of a later generation.

“If he had ever come out and said he believed in heliocentrism after swearing it off, he would have been liable to receive an automatic death sentence,” Kelly said.

The church, however, made efforts to ensure their version of Galileo’s scientific beliefs were prevalent.

“The most unusual aspect of the proceedings was that the sentence was ordered to be widely publicized in scientific circles,” Kelly said. “The cardinals asserted that Galileo had always been orthodox in his belief concerning the cosmos and had never believed in or affirmed the heliocentric heresy.”