The Rise of Zika—Another Mosquito Virus in the Americas

Zika, the latest mosquito-borne virus to emerge in the Americas, is rapidly becoming a public health crisis. In Brazil, it is suspected in a sharp increase in microcephaly (a birth defect that results in newborns with smaller than normal head size), leading to anxiety amongst expecting mothers and a travel advisory from the Centers for Disease Control and Prevention. Traditionally, the virus has been fairly benign, causing a rash and a fever that is usually non-life threatening. Professor Albert Ko, chair of the Department of Epidemiology of Microbial Diseases at the Yale School of Public Health, has been working with colleagues in Brazil for months to understand if the virus has changed and what is causing the birth defects in newborns. 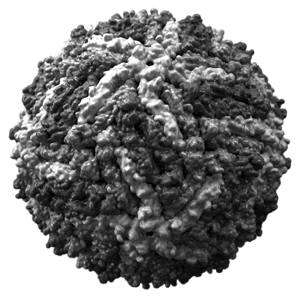 Since its initial appearance in Brazil, the virus has spread rapidly to other Latin American countries and islands in the Caribbean, including, recently, Puerto Rico. The mosquito responsible for Zika transmission, Aedes aegypti, is already well established in the United States and the number of cases here is expected to grow.

Besides Zika, a number of other mosquito-borne diseases have arrived suddenly in recent years in the Americas from other parts of the world—including chikungunya, dengue and West Nile virus—and present a growing challenge to public health workers.

Ko is also a collaborating researcher at the Oswaldo Cruz Foundation (a research branch of the Brazilian Ministry of Health), in Salvador, Brazil, where he works on leptospirosis and other infectious diseases that primarily afflict the urban poor.

Where did the Zika virus come from?

AK: It was first discovered in the 1940s in the Zika Forest in Uganda. The Zika virus belongs to a family of viruses, which include West Nile, yellow fever and dengue. It was introduced into Brazil perhaps in late 2014 but definitely in early 2015. We don’t understand how it arrived to Brazil whether it was through travel of infected individuals or shipping. What we do know, based on genome analysis of viral isolates, is that the Zika virus strain introduced into Brazil appears to have originated from Asia. We also know that now that Zika has rapidly spread to regions throughout the Americas where the mosquito vector is present, which is important in terms of it being an emerging public health threat.

How is it transmitted?

AK: It is a mosquito-borne virus transmitted by the Aedes aegypti mosquito, the same mosquito that transmits chikungunya, dengue and other endemic diseases throughout the world and now in the Americas, including Puerto Rico and parts of the southern United States.

How prevalent is Zika in the United States at this point?

AK: As the Zika epidemic has spread across the Americas, we are seeing a significant increase in the number of travelers who were infected abroad with the virus and diagnosed upon their return. Importantly, the first cases have been reported in Puerto Rico, where transmission of mosquito-borne viruses is widespread, as well as a case that was just diagnosed in Houston, Texas.

What symptoms do Zika patients experience?

AK: Zika usually causes an acute illness characterized by rash and fever. It’s somewhat different in that the fever is not as high and the disease is milder than dengue or yellow fever. Acute infection usually doesn’t cause a life-threatening infection, unless it’s in an immunocompromised individual. Yet what we are finding now is that it can also cause important disease manifestations. The first is Guillain-Barré syndrome; a neurological condition that occurs after the acute infection clears, and causes ascending paralysis because of an autoimmune process two to four weeks after the viral illness. It was first identified after an outbreak in Polynesia two years ago. Shortly after Zika virus was introduced in Brazil, clinicians observed an outbreak of this potentially life-threatening syndrome.

Are there any other consequences people should be concerned about?

AK: The other one that is now in the news is the epidemic of birth defects that is occurring throughout Brazil. After the introduction of Zika at the end of 2014 or 2015, obstetricians noticed a marked increase in the number of fetuses with congenital malformations, particularly intracranial defects, during routine ultrasounds of pregnant women in July through September 2015. Then, starting in October, clinicians and public health officials identified a more than 30 fold increase in the number of babies being born with microcephaly.

What was the response to this development?

AK: Brazil promptly initiated surveillance for birth defects in November in response to initial reports from clinicians of microcephaly cases among newborns and mobilized an impressive effort to declare a public health emergency and address this epidemic. They identified babies who were stillborn and were able to detect the virus in its tissue, thus confirming the link between Zika virus and congenital defects. Since then, the epidemic has really taken off. Now there are almost 4,000 cases of newborns who have been identified with microcephaly. We have participated in this effort by aiding local clinicians and the Oswaldo Cruz Foundation perform sentinel surveillance at maternity hospitals in the city of Salvador, and address the key questions for this entirely new syndrome, as well critical needs, such as a diagnostic test for Zika virus.

Are all the infants with microcephaly stillborn?

AK: The stillborns are probably just a small portion. The majority of the newborns with microcephaly are born alive and have severe neurologic manifestations. Furthermore, these cases of microcephaly may likely be the tip of the iceberg-we are identifying newborns that have normal head sizes but have intracranial lesions which may well be due to infection with the Zika virus.

Is Zika ever fatal?

AK: It’s usually a very mild disease that does not cause severe complications or death. But when people have gotten Guillain-Barré Syndrome, there have been deaths associated with that. And with in utero or congenital infections, the outcomes can be devastating.

Now that Zika is in the United States, is there anything we can learn from the way Brazil has managed it that perhaps we can replicate here?

AK: Brazil has done an excellent job in responding to the epidemic. It was the first to identify the problem of congenital malformations due to infections in pregnant women. It rapidly mounted surveillance, which has extended throughout the country. But the key issue will be prevention. Control of the mosquito vector has been ineffective or failed in the Americas. For this reason the Zika epidemic has spread throughout the Americas, including high populations centers like Colombia, Mexico, and the Caribbean, including Puerto Rico. These regions, where the virus has recently spread, will suffer the same phenomenon in the coming months that Brazil is experiencing at this moment with birth defects.

Where does public health go from here in terms of vaccines or effective treatments for the disease?

AK: This is a very new pathogen, so we know very little about the Zika virus and its pathogenesis, which in turn hampers our ability to rapidly develop and evaluate new vaccines. Vaccines for similar viruses, such as yellow fever and dengue, have been developed and are being used, so it may be feasible to develop a vaccine to the Zika virus. However, one key question is whether a natural infection with Zika virus provides lifelong immunity against reinfection. We presume, based on evidence for other viruses in the same family, that this does occur and if so, will enable us to understand how to develop a Zika vaccine. However, this and other key questions needs to be answered. Development of new vaccines for Zika will therefore take years or decades, so it’s not going to be a short-term answer.

What’s being done to stem the spread of the disease?

AK: This is the real dilemma we’re having. We don’t have good prevention measures for controlling the vector, and it seems unlikely that a vaccine will be developed quickly. The priority for us now is to understand the scope of the epidemic and severity of birth defects that congenital Zika virus infection is causing, and defining the risk to the fetus when pregnant women are infected with the virus.

You can imagine the fear that this epidemic has generated among women who are pregnant as well as parents who are considering having children. We need to better understand the degree of risk that is out there in regions where Zika has spread. Furthermore, we need to develop screening test, much like those used for rubella and other congenital infections, that can identify women of childbearing age who have been exposed to the Zika virus, presumably have immunity against further infection and can have children without the threat of their baby suffering from the damages of Zika congenital syndrome.

Are there other vector-borne diseases we need to worry about?

AK: We’re seeing history repeat itself. West Nile virus was introduced into New York and within a few years it traveled from one coast to the other. Then came chikungunya. Now we have Zika. Quite honestly, I can’t tell you what’s going to happen since it depends on many factors, including the intrinsic characteristics of the pathogen and vector and the movement and spread of individuals as well as the vector. These are questions many groups at Yale are trying to answer. Zika is a good example of a pathogen that was off everyone’s map and now has become a major public health threat.

– By Michael Greenwood and Jennifer Kaylin