“The Making of a King”

Mr. Saad Hariri is Lebanon’s Prime Minister, he represents the people of Lebanon, not the Royal’s mind from Riyadh. If he has to announce his resignation, it should be from his office in Beirut not from Riyadh.

Mr. Hariri’s apparent imprisonement is followed with a sudden declation of war against Lebanon > Hezbollah > Iran. It’s just as insane as anything worst can happen at any time in the region. 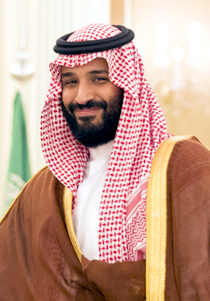 War is very costly, a very costly game. Conflict in Yemen is already costing money and lives in the Arabian Peninsula which in every following day only getting worse. People in Yemen are living a catastrophic daily life.

The current Saudi government has chosen an extremely dangerous path: cornering Qatar, declaration of war against Lebanon/Iran, ongoing fight in Yemen will never promise any stability in the Kingdom. An uncertain future is looming above the country very fast. The arrest of a number of high profile princes, ministers and businessmen shows Prince Mohammad bin Salman (MbS) is less using his political brain but muscles with full power.

The irony is, Saudi Arabia still belongs to third world countries although the Saudi Royals, ministers, businesmen are more close to the West and western politicians and businessmen. The Saudis have made huge investments in businesses across the West. But what do they take with them when they go back home. Nothing. No democratic values, no human rights. Absolutely nothing. And Prince Salman’s action only reflects these once again.

The young Prince was not in the line to be the next King. It was Prince Mohammad bin Nayef (MbN). On June 21 this year he became the Crown Prince replacing Prince Nayef by a royal decree.

Saturday night on November 4th has drawn another long and deep fracture line in the Kingdom when the shocking arrests of possible opponents including Prince Alwaleed bin Talal (AbT) were made. AbT is the most prominent tech-loving figure and investor from the Royal family.

Is a war-war situation with Iran to balance the internal turmoil? To distract the general Saudi citizens from palace-coup to war promotional episodes?

With so many enemies at home and abroad, a comfortable accession to the throne is nothing but a sweet dream. Now if a war starts with Iran or the enmity grows more deeper and poisonous, the Prince’s position will only get weaker.

But the Prince could still be lucky. A two-way strategy can bring the current high-pressure to normal level: a more liberal view on the opponents at home and starting dialogue with arch enemy Iran.

All eyes are now focused on the Prince. He has pushed the already volatile Middle East’s politics on the brink of eruption. He has to loose muscles, take initiatives to let the breeze of hope and diplomacy flow in the region and at home.

Only then, may be, the Prince will make a King.