Subsurface magma intrusions (sills), rather than surface lava flows, may have triggered the Earth’s most catastrophic extinction event approximately 252 million years ago.

While mass extinction events in Earth’s history have long been thought to be caused by massive volcanic activity (known as large igneous provinces or “LIPs”), an understanding of which specific part of the LIP was the culprit remained uncertain until now. 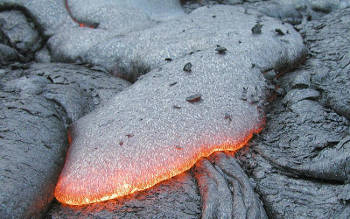 A detailed understanding of the forces driving mass extinction in deep time informs current scientific hypotheses about the causes and effects of large-scale environmental change. Building on existing datasets generated by precise dating techniques, a team of scientists from the U.S. Geological Survey, Syracuse University, and MIT believes this deadly LIP sub-interval has been identified for the most severe mass extinction event in Earth history.

Mass extinction events are relatively short-lived (in geologic time) and are characterized by catastrophic biosphere collapse and the subsequent reorganization. Their abrupt nature necessitates a similarly short-lived trigger, and LIPs (subsurface magmatism and surficial volcanism) are often implicated. However, these large magmatic events are very long-lived compared to mass extinctions. If a LIP is to be an effective trigger, a subinterval of magmatism (or a shorter, particular part of the LIP) must be responsible for driving deleterious environmental effects.

This new study builds upon previous age models, and examines the detailed relative timing of the end-Permian mass extinction and Siberian Traps LIP. This new study suggests that surface lava flows were erupted too early to drive mass extinction, and instead identifies the initial widespread pulse of subsurface sill emplacement as the deadly LIP sub-interval responsible for triggering the cascade of events leading to mass extinction. Heat from these sills (intruded magma) exposed untapped, gas-rich sediments to contact metamorphism, likely liberating the massive greenhouse gas volumes needed to drive extinction.

“We now have a robust model linking the onset of extinction with the initial pulse of sill emplacement,” said USGS geologist and lead author of the study, Seth Burgess. “Further, we can take the end-Permian model and apply it to other extinction events that coincide with LIPs, which indicates that only LIPs characterized by sill intrusion into a basin rich in climate-altering gases are deadly on a global scale. This new study gives scientists insights into what drives mass extinction in the absence of a large meteorite impact. Armed with this new model, scientists can reexamine the connection between magmatism, climate change, and extinction.”

The full report, “Initial pulse of Siberian Traps sills as the trigger of the end-Permian mass extinction,” was published in “Nature Communications”, and is available online.