The Depths of Winter: How Much Snow Is In Fact On the Ground?

Equipped with specialized lasers and GPS technology, scientists are working to address a critical wintertime weather challenge: how to accurately measure the amount of snow on the ground.

But traditional measuring devices such as snow gauges and yardsticks are often inadequate for capturing snow totals that may vary even within a single field or neighborhood.

Now scientists at the National Center for Atmospheric Research (NCAR) in Boulder, Colo., and at other institutions are finding that prototype devices that use light pulses, satellite signals and other technologies offer the potential to almost instantly measure large areas of snow.

In time, such devices might provide a global picture of snow depth. 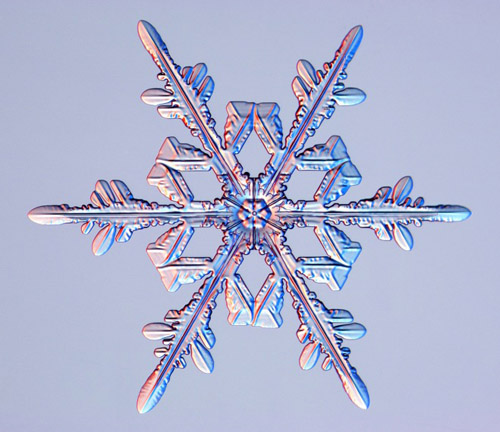 “We’ve been measuring rain accurately for centuries, but snow is much harder because of the way it’s affected by wind and sun and other factors,” says NCAR researcher Ethan Gutmann.

“It looks like new technology, however, will finally give us the ability to say exactly how much snow is on the ground.”

NCAR is conducting the effort with several collaborating organizations, including the National Oceanic and Atmospheric Administration (NOAA) and the University of Colorado Boulder.

The work is supported by NCAR’s sponsor, the National Science Foundation (NSF). 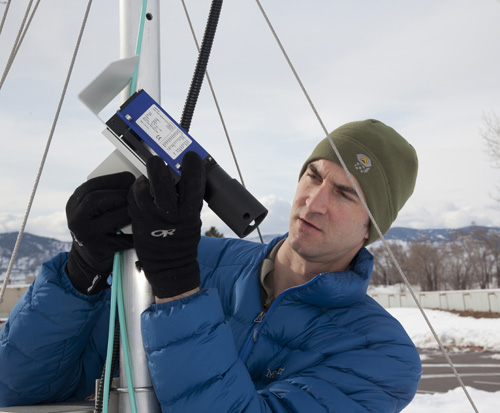 “Snow represents both a hazard and a water resource in the western states,” says Thomas Torgersen, NSF program director for hydrologic sciences. “Both require detailed assessments of snow amounts and depth. This technology will provide new and important guidance.”

Emergency managers rely on snowfall measurements when mobilizing snow plows or deciding whether to shut down highways and airports during major storms.

They also use snow totals when determining whether a region qualifies for disaster assistance. 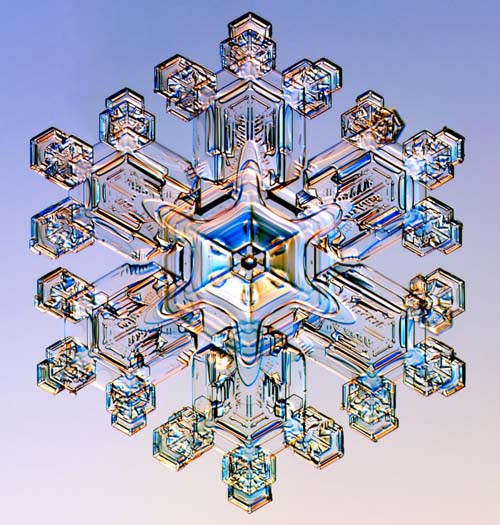 In mountainous areas, officials need accurate reports of snowpack depth to assess the threat of avalanches or floods, and to anticipate the amount of water available from spring and summer runoff.

Snow gauges may miss almost a third of the snow in a windy storm, even when they are protected by specialized fencing designed to cut down on the wind’s effects.

Snow probes or yardsticks can reveal snow depth within limited areas. But such tools require numerous in-person measurements at different locations, a method that may not keep up with totals during heavy snowfalls. 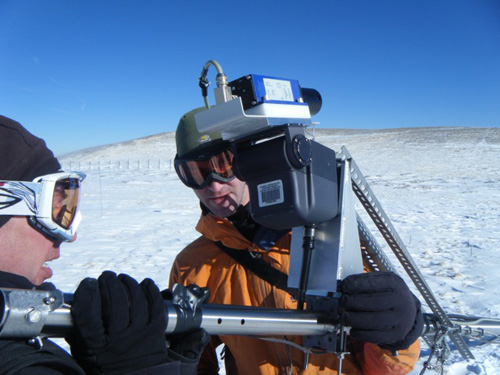 Weather experts also sometimes monitor the amount of snow that collects on flat, white pieces of wood known as snow boards, but this is a time-intensive approach that requires people to check the boards and clear them off every few hours.

More recently, ultrasonic devices have been deployed in some of the world’s most wintry regions. 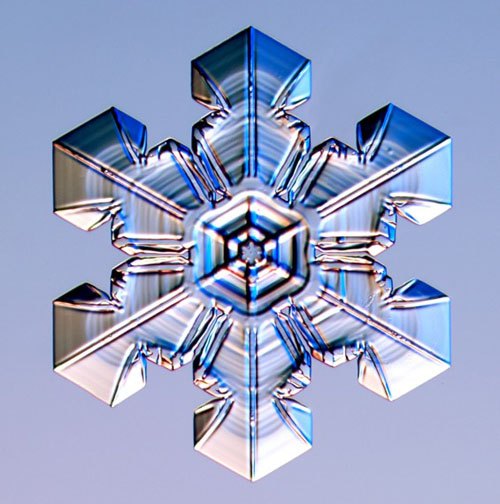 Much like radar, these devices measure the length of time needed for a pulse of ultrasonic energy to bounce off the surface of the snow and return to the transmitter.

However, the signal may be affected by shifting atmospheric conditions, including temperature, humidity and winds.

The specialized laser instruments under development at NCAR can correct for such problems.

Once set up at a location, they can automatically measure snow depth across large areas. Unlike ultrasonic instruments, lasers rely on light pulses that are not affected by atmospheric conditions.

Snow dunes. The three-dimensional features of a snow field above treeline is revealed by laser measurements. The laser, installed by NCAR at a test site in the Rocky Mountains, measures snow at more than 1,000 points across an area almost the size of a football field. (©UCAR, Image by Ethan Gutmann, NCAR.)

New tests by Gutmann indicate that a laser instrument installed high above treeline in the Rocky Mountains west of Boulder can measure 10 feet or more of snow with an accuracy as fine as half an inch or better.

In a little more than an hour, the instrument measures snow at more than 1,000 points across an area almost the size of a football field to produce a three-dimensional image of the snowpack and its variations in depth.

Gutmann’s next step will be to build and test a laser instrument that can measure snow over several square miles. Tracking such a large area would require a new instrument capable of taking more than 12,000 measurements per second.

“If we’re successful, these types of instruments will reveal a continually-updated picture of snow across an entire basin,” he says. 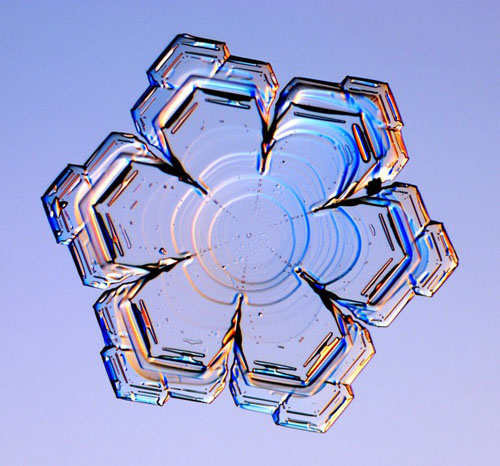 One limitation for the lasers, however, is that light pulses cannot penetrate through objects such as trees and buildings.

This could require development of networks of low-cost laser installations that would each record snow depths within a confined area.

Alternatively, future satellites equipped with such lasers might be capable of mapping the entire world from above.

Gutmann and Kristine Larson, a scientist at the University of Colorado, are also exploring how to use GPS sensors for snowfall measurements. 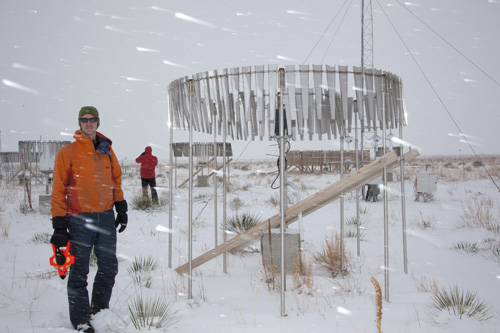 Ethan Gutmann walks past a snow gauge at a research site in Colorado. (©UCAR, Photo by Carlye Calvin.)

When there is snow on the ground, the GPS signal bounces off the snow with a different frequency than when it bounces off bare soil, enabling scientists to determine how high the surface of the snow is above the ground.

Such units could be a cost-effective way of measuring snow totals; meteorologists could tap into the existing global network of ground-based GPS receivers.

However, researchers are seeking to fully understand how the density of the snow and the roughness of its surface alter GPS signals.

“Our hope is to develop a set of high-tech tools that will enable officials to continually monitor snow depth, even during an intense storm,” Larson says.

“While we still have our work cut out for us, the technology is very promising.”