Teaching a Computer to Play ‘Concentration’ Advances Security, Understanding of the Human Mind

Computer science researchers have programmed a computer to play the game Concentration (also known as Memory). The work could help improve computer security – and improve our understanding of how the human mind works.

The researchers developed a program to get the software system called ACT-R, a computer simulation that attempts to replicate human thought processes, to play Concentration. In the game, multiple matching pairs of cards are placed face down in a random order, and players are asked to flip over two cards, one at a time, to find the matching pairs. If a player flips over two cards that do not match, the cards are placed back face down. The player succeeds by remembering where the matching cards are located. 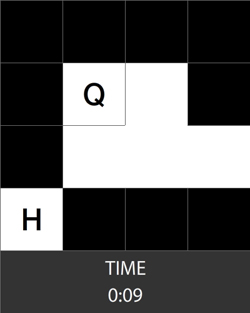 The researchers were able to either rush ACT-R’s decision-making, which led it to play more quickly but make more mistakes, or allow ACT-R to take its time, which led to longer games with fewer mistakes.

As part of the study, 179 human participants played Concentration 20 times each – 10 times for accuracy and 10 times for speed – to give the researchers a point of comparison for their ACT-R model.

The findings will help the researchers distinguish between human players and automated “bots,” ultimately helping them develop models to identify bots in a variety of applications. These bots pose security problems for online games, online voting and other Web applications.

“One way to approach the distinction between bot behavior and human behavior is to look at how bots behave,” says Dr. Robert St. Amant, an associate professor of computer science at NC State and co-author of a paper describing the work. “Another way is to look at what humans do. We’re focusing on the latter.”

“We’re looking for distinctions so subtle that they’d be very difficult to replicate outside of a cognitive architecture like ACT-R,” says Dr. David Roberts, an assistant professor of computer science at NC State and co-author of the paper. “The level of sophistication needed to replicate those distinctions in a bot would be so expensive, in terms of time and money, that it would – hopefully – be cost-prohibitive.”

The researchers were also able to modify the parameters of their Concentration model to determine which set of variables resulted in gameplay that most closely matched the gameplay of the human study participants.

This offers a plausible explanation of the cognitive processes taking place in the human mind when playing Concentration. For example, the Concentration model sometimes has a choice to make: remember a previous matching card and select it, or explore the board by selecting a new card. When playing for speed, the model takes the latter choice because it’s faster than retrieving the information from memory. This may also be what’s happening in the human brain when we play Concentration.

“This is information that moves us incrementally closer to understanding how cognitive function relates to the way we interact with computers,” Roberts says. “Ultimately, this sort of information could one day be used to develop tools to help software designers identify how their design decisions affect the end users of their products. For example, do some design features confuse users? Which ones, and at what point? That would be useful information.”

The paper, “Modeling the Concentration Game with ACT-R,” will be presented at the International Conference on Cognitive Modeling, being held July 11-14 in Ottawa. Lead author of the paper is Titus Barik, a Ph.D. student at NC State. Co-authors include St. Amant, Roberts, and NC State Ph.D. students Arpan Chakraborty and Brent Harrison. The research was supported by the National Security Agency.