For women of mixed racial or ethnic backgrounds, a new method for measuring bone health may improve the odds of correctly diagnosing their risk of osteoporosis and bone fractures, according to a UCLA-led study.

Currently, assessing osteoporosis and the risk of fractures from small accidents like falls requires a bone density scan. But because these scans don’t provide other relevant fracture-related information, such as bone size and the amount of force a bone is subjected to during a fall, each patient’s bone density is examined against a national database of people with the same age and race or ethnicity. 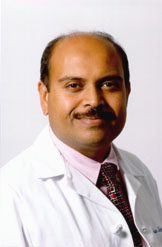 “All the current ways of determining your risk for fractures require knowing your race and ethnicity correctly, and they ignore the fact that racial and ethnic groups are not homogenous,” said study co-author Dr. Arun Karlamangla, a professor of medicine in the geriatrics division at the David Geffen School of Medicine at UCLA. “It also flies in the face of the current reality in Southern California, where so many people are of mixed ethnicity.”

Given that osteoporosis and hip fractures are leading causes of injury in older people, alternative means of measuring risk are needed. Now, a UCLA-led team of researchers has found a way of assessing risk without knowledge of a person’s race or ethnicity. The method involves combining bone mineral density measures with body size and bone size to create composite bone strength indices.

The findings are published in the October issue of the Journal of Clinical Endocrinology and Metabolism.

The researchers studied data on nearly 2,000 women in the U.S. between the ages of 42 and 53 who were of Caucasian, African American, Japanese and Chinese heritage. The data came from the Study of Women’s Health Across the Nation; UCLA was one of seven sites that recruited women for the study.

Using the new composite bone strength indices, the researchers tested how the method predicted fracture risk in this group of women over a period of 10 years. They found that when they did not take into account the women’s race or ethnicity, they were able to predict fracture risk using the indices just as accurately as they could using the traditional method of combining bone mineral density measures with race and ethnicity information.

“The importance of bone size to fracture risk has been recognized by engineers and radiologists for some years now,” said the study’s lead investigator, Dr. Shinya Ishii, who started the research while a fellow in the UCLA Division of Geriatrics and is now at the University of Tokyo. “But no one, until now, has combined bone density, which is the traditional measure of osteoporosis, with bone size and body size to get at a more uniform way of assessing osteoporosis that applies across racial lines and does away with the need to know the person’s race or racial mixture.”

The researchers noted that further study is needed to determine if the same strength measures will work in men. Their findings also do not show how well these measures will continue working as women age. The results of the study do, however, point toward a new approach for assessing fracture risk, they say.

Other researchers included Drs. Gail Greendale, Carolyn Crandall and Mei-Hua Huang of UCLA and Drs. Jane A. Cauley and Michelle E. Danielson of the University of Pittsburgh.