“Not only does synthetic biology promise to make the travel to extraterrestrial locations more practical and bearable, it could also be transformative once explorers arrive at their destination,” says Adam Arkin, director of Berkeley Lab’s Physical Biosciences Division (PBD) and a leading authority on synthetic and systems biology.

“During flight, the ability to augment fuel and other energy needs, to provide small amounts of needed materials, plus renewable, nutritional and taste-engineered food, and drugs-on-demand can save costs and increase astronaut health and welfare,” Arkin says. “At an extraterrestrial base, synthetic biology could make even more effective use of the catalytic activities of diverse organisms.” 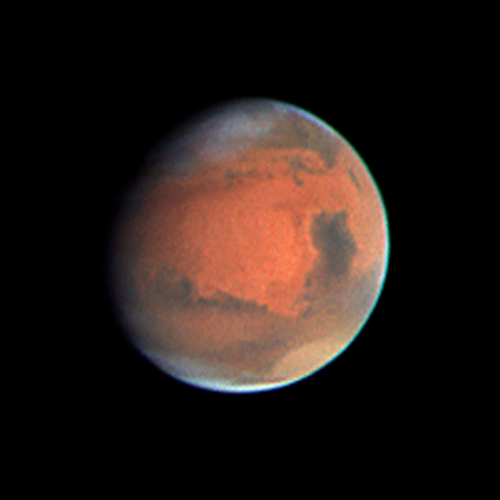 Synthetic biology could be a key to manned space exploration of Mars. (Photo courtesy of NASA)

Arkin is the senior author of a paper in the Journal of the Royal Society Interface that reports on a techno-economic analysis demonstrating “the significant utility of deploying non-traditional biological techniques to harness available volatiles and waste resources on manned long-duration space missions.” The paper is titled “Towards Synthetic Biological Approaches to Resource Utilization on Space Missions.” The lead and corresponding author is Amor Menezes, a postdoctoral scholar in Arkin’s research group at the University of California (UC) Berkeley. Other co-authors are John Cumbers and John Hogan with the NASA Ames Research Center. 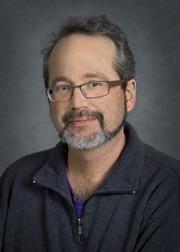 One of the biggest challenges to manned space missions is the expense. The NASA rule-of-thumb is that every unit mass of payload launched requires the support of an additional 99 units of mass, with “support” encompassing everything from fuel to oxygen to food and medicine for the astronauts, etc. Most of the current technologies now deployed or under development for providing this support are abiotic, meaning non-biological. Arkin, Menezes and their collaborators have shown that providing this support with technologies based on existing biological processes is a more than viable alternative.

“Because synthetic biology allows us to engineer biological processes to our advantage, we found in our analysis that technologies, when using common space metrics such as mass, power and volume, have the potential to provide substantial cost savings, especially in mass,” Menezes says.

In their study, the authors looked at four target areas: fuel generation, food production, biopolymer synthesis, and pharmaceutical manufacture. They showed that for a 916 day manned mission to Mars, the use of microbial biomanufacturing capabilities could reduce the mass of fuel manufacturing by 56-percent, the mass of food-shipments by 38-percent, and the shipped mass to 3D-print a habitat for six by a whopping 85-percent. In addition, microbes could also completely replenish expired or irradiated stocks of pharmaceuticals, which would provide independence from unmanned re-supply spacecraft that take up to 210 days to arrive.

“Space has always provided a wonderful test of whether technology can meet strict engineering standards for both effect and safety,” Arkin says. “NASA has worked decades to ensure that the specifications that new technologies must meet are rigorous and realistic, which allowed us to perform up-front techno-economic analysis.” 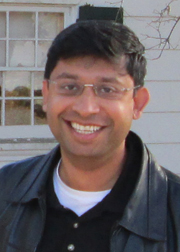 The big advantage biological manufacturing holds over abiotic manufacturing is the remarkable ability of natural and engineered microbes to transform very simple starting substrates, such as carbon dioxide, water biomass or minerals, into materials that astronauts on long-term missions will need. This capability should prove especially useful for future extraterrestrial settlements.

“The mineral and carbon composition of other celestial bodies is different from the bulk of Earth, but the earth is diverse with many extreme environments that have some relationship to those that might be found at possible bases on the Moon or Mars,” Arkin says. “Microbes could be used to greatly augment the materials available at a landing site, enable the biomanufacturing of food and pharmaceuticals, and possibly even modify and enrich local soils for agriculture in controlled environments.”

The authors acknowledge that much of their analysis is speculative and that their calculations show a number of significant challenges to making biomanufacturing a feasible augmentation and replacement for abiotic technologies. However, they argue that the investment to overcome these barriers offers dramatic potential payoff for future space programs.

“We’ve got a long way to go since experimental proof-of-concept work in synthetic biology for space applications is just beginning, but long-duration manned missions are also a ways off,” says Menezes. “Abiotic technologies were developed for many, many decades before they were successfully utilized in space, so of course biological technologies have some catching-up to do. However, this catching-up may not be that much, and in some cases, the biological technologies may already be superior to their abiotic counterparts.”

This research was supported by the  National Aeronautics and Space Administration (NASA) and the University of California, Santa Cruz.

For more about the research of Adam Arkin go here