COLUMBUS, Ohio – Women who are obese before they become pregnant are at higher risk of having children with lower cognitive function – as measured by math and reading tests taken between ages 5 to 7 years – than are mothers with a healthy prepregnancy weight, new research suggests.

In this large observational study, prepregnancy obesity was associated, on average, with a three-point drop in reading scores and a two-point reduction in math scores on a commonly used test of children’s cognitive function.

Previous research has suggested that a woman’s prepregnancy obesity can have a negative effect on fetal organs, such as the heart, liver and pancreas. Because fetal development is rapid and sensitive to a mother’s physiological characteristics, Ohio State University researchers sought to find out whether a mother’s obesity also could affect the fetal brain.

“One way you measure the effects on the brain is by measuring cognition,” said Rika Tanda, lead author of the study and a doctoral candidate in nursing at Ohio State.

The research also supported findings in previous studies suggesting that several other conditions affect childhood cognition, including how stimulating the home environment is, family income and a mother’s education and cognitive skills. 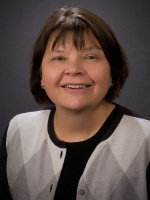 “The new piece here is we have a measure associated with the fetus’s environment to add to that set of potential risk factors,” said Pamela Salsberry, senior author of the study and a professor of nursing at Ohio State. “If we have a good way to understand the risks each child is born with, we could tailor the post-birth environment in such a way that they could reach their maximum capabilities.”

The research appears online and is scheduled for future print publication in the Maternal and Child Health Journal.

Â The researchers used data from the National Longitudinal Survey of Youth (NLSY) 1979 Mother and Child Survey, a nationally representative sample of men and women who were 14-21 years old in December 1978. From that dataset, Tanda collected information on 3,412 children born to NLSY mothers who had been full-term births, were between 5 and almost 7 years old at the time of their interview and who had no diagnosed physical or cognition problems.

In addition to documenting a number of characteristics about the mothers and the family environment, the researchers gauged the children’s cognitive function based on their performance on Peabody Individual Achievement Test reading recognition and math assessments.

The researchers calculated the mothers’ body mass index (BMI) based on their reported heights and weights. More than half of mothers had normal BMIs before pregnancy, and 9.6 percent were obese, meaning they had a BMI of 30 or higher.

Controlling for all other variables, the analysis showed that maternal prepregnancy obesity was negatively associated with math and reading test scores. Children of obese women scored, on average, three points lower on reading and two points lower on math than did children of healthy-weight women. The mean reading score among all the children was 106.1 points and the mean math score was 99.9.

Though the score differences seem small, Tanda noted that these effects of prepregnancy obesity were equivalent to a seven-year decrease in the mothers’ education and significantly lower family income, two other known risk factors that negatively affect childhood cognitive function.

Tanda said clinicians could use these findings to help encourage women patients of childbearing age to maintain a healthy weight, especially if they plan to get pregnant.

“This is a large population study, so at the individual level we can’t say that one person’s decision to change her weight will change her child’s outcome,” she said. “But these findings suggest that children born to women who are obese before pregnancy might need extra support.”

Added Salsberry, “It’s not only for their child’s sake. It’s also important for the health of the mother. But it is important to understand that maternal obesity during pregnancy could have implications for their children as well.”

Without actual measures of women’s and fetuses’ insulin levels, inflammation and blood sugar readings, scientists can’t say for sure how prepregnancy obesity might affect the fetal brain. But previous studies have suggested that a mother’s impaired metabolic processes affect the fetal brain cell growth and formation of synapses.

“There may be two obese moms that in fact have very different metabolic profiles. For the purposes of this study, her weight is a stand-in for biological data that we would like to have but don’t,” Salsberry said.

Socioeconomic data from the study supported previous findings that several post-birth conditions can have a positive association with higher children’s test scores. These include a stimulating home environment with plenty of books, a safe play environment and frequent family meals; higher family income; and higher maternal education levels and cognitive function. Girls and first-born children also performed better on the math and reading tests than did boys and younger siblings.

With all these data combined, Tanda said, the study also reveals how health disparities can have long-lasting effects.

“Young females who grow up poor, who have less access to healthy foods resulting in diets that are of poorer quality, are at higher risk of having children with disadvantages and repeating this cycle,” she said.

The researchers are continuing to examine additional influences on childhood cognition, including race, sex and age differences among mothers.

This study was supported by a grant from the Ruth L. Kirschstein National Research Service Award predoctoral fellowship sponsored by the National Institute of Nursing Research.