The available evidence indicates that economic sanctions are not effective tools for achieving specific policy goals in foreign nations. New research from North Carolina State University argues that increased military spending caused by economic sanctions counterbalances the adverse impact of the sanctions – and points to Iran as a case study in how this can happen.

“Some people think that the nuclear agreement the United States reached with Iran in 2015 means that economic sanctions worked,” says Bruce McDonald, lead author of a paper on the subject and an assistant professor of public administration at NC State. “But Iran’s nuclear program was not why the U.S. imposed sanctions – they were put in place decades ago to protest the toppling of the Shah’s regime and the Ayatollah’s rise to power.

“In addition, the fact that we had to engage in tense negotiations on the nuclear deal signals that the sanctions themselves were not effective,” McDonald says. “And that’s consistent with existing scholarship examining centuries of data on economic sanctions; they don’t work.” 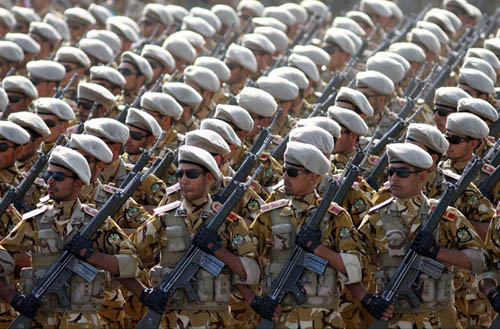 McDonald and his co-author Vincent Reitano argue that, rather than encouraging a nation to adopt the desired policy, sanctions instead stiffen the resolve of a nation and encourage it to prepare for possible invasion or other military action. Reitano is a Ph.D. student at NC State.

“When faced with sanctions, nations militarize – meaning that they increase the output of their defense sector,” McDonald says. “They recruit and train more troops and produce or buy more weapons. All of this has the effect of stabilizing a nation’s economy, making it better able to weather the sanctions.”

Iran provides a good case study for this hypothesis because it has been under sanctions since 1979, and because Iran has made its economic data – dating back to the 1950s – publicly available.

Looking at the economic data, one can see how Iran’s economy shifted once sanctions were imposed.

“In short, policy makers need to take into consideration that there is no evidence sanctions work and that there is significant evidence that sanctions encourage foreign powers to boost their military sectors.

The paper, “Sanction Failure: Economic Growth, Defense Expenditures, and the Islamic Republic of Iran,” is published online in the journal Armed Forces & Society.