Study reveals scale of the sexual exploitation of boys

Research carried out by UCL Security and Crime Science (UCL Engineering) and NatCen, funded by the Nuffield Foundation and supported by Barnardo’s, underlines the dangers of underestimating the impact of child sexual exploitation on boys and young men.

UCL’s analysis of records from 9,042 children and young people affected by child sexual exploitation who were supported by Barnardo’s since 2008 reveals that 1 in 3 (2,986) were male. This is much higher figure than previous national studies have found.

Lead researcher Dr Ella Cockbain (UCL Security and Crime Science), said: “Male victims have largely been overlooked amid growing interest in child sexual exploitation (CSE) in recent years. This research marks a much needed step away from female centric policy and practice – although it raises many questions that remain to be answered. 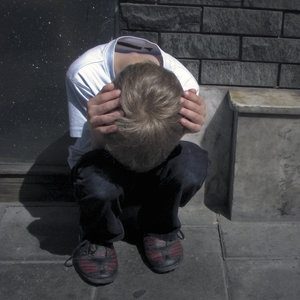 “For us, the inclusion of statistical analysis is particularly exciting as it moves beyond a discussion of individual cases only to the identification of overarching similarities and differences between boys and girls affected by CSE. Key examples include the higher rate of reported disabilities among boys than girls and their different pathways into services.

“Crucially, the finding that one in three service users was male highlights the danger in thinking CSE only really affects girls. We hope our study encourages policy-makers, practitioners and the general public to do their utmost to protect vulnerable boys and young men from sexual exploitation.”

Professionals interviewed by NatCen reported that those dealing with children can be instinctively less protective of boys than girls meaning opportunities to protect boys are missed.

Dr Carol McNaughton Nicholls (NatCen Social Research), said: “Gender discrimination is at the heart of what makes women and girls more likely to be victims of sexual abuse – including sexual exploitation.

“But from talking to professionals we know that it affects male victims too; not only are they at risk of sexual exploitation, but they are also at risk of being overlooked as victims.

“We need to ensure we understand and address these risks, and protect young people from harm, regardless of gender.”

Barnardo’s is calling for a radical shift in professional attitudes and practice. The charity wants agencies to challenge stereotypical views like these among front-line workers.

In order to better protect children, Barnardo’s believe that all schools should provide high quality, age-appropriate sex and relationship education. This should reflect that boys can be vulnerable to becoming victims, as well as girls.

Three strands of research were conducted, with a report produced for each: