The study, to be published in The North Carolina Law Review next year, was conducted by Michael Radelet, a sociology professor at the University of Colorado at Boulder, and Glenn Pierce, a research scientist in the School of Criminology and Criminal Justice at Northeastern University in Boston. It is the most comprehensive study of the modern administration of the death penalty in North Carolina to date.

“It’s just kind of baffling that in this day and age — race matters,” said Radelet, one of the nation’s leading experts on the death penalty. 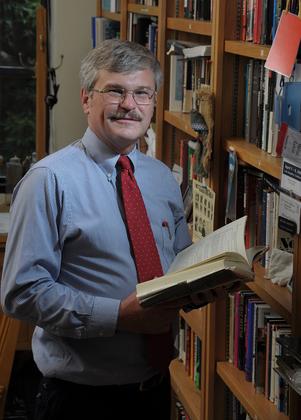 One of the top states to use the death penalty over the past 30 years, North Carolina has one of the nation’s largest death rows with 155 men and four women facing execution.

And with its passage of the Racial Justice Act last year, North Carolina became the second state in the nation after Kentucky to allow murder suspects and those already on death row to present statistical evidence of racial bias. The law is aimed at ensuring that the race of the defendant or victim doesn’t play a key role in the sentence a person receives in death penalty cases.

The U.S. Supreme Court ruled in 1987 that statistical evidence of racial bias could not be considered in individual cases, but that states could pass their own legislation to do so. The study by Radelet and Pierce is the first to be released since North Carolina passed the Racial Justice Act.

Radelet and Pierce examined 15,281 homicides in North Carolina between 1980 and 2007, of which 368 resulted in death sentences for those convicted. Using Supplemental Homicide Reports from the FBI, as well as other records from the North Carolina Department of Correction and the state Office of the Chief Medical Examiner, the authors obtained information on all death row cases in which the victim was either black or white. The other 16 cases were eliminated.

The authors also looked for any additional factors — such as multiple victims or homicides accompanied by an additional felony, such as rape or robbery — that might explain the disparity in death penalty sentencing. These additional factors partially explained death penalty decisions, but even after statistically controlling for their effect, race remained an important predictor of who was sentenced to death.

An examination of these factors “show that the reason why the probability of a death sentence is higher for those who are suspected of killing whites than for those who are suspected of killing blacks is not because the former cases tend to be more aggravated,” the authors wrote. “Regardless of whether there are zero, one or two additional legally relevant factors present, cases with white victims are more likely to result in a death sentence than are cases with black victims.”

Specifically, the study found that the odds of receiving a death sentence in North Carolina “in a white victim case are on average 2.96 times higher than are the odds of a death sentence in a black victim case.” The finding is statistically significant and the probability of obtaining a similar result if racial bias were not an option is less than 5 percent, according to the authors.

“Given these findings the authors would advocate continuous monitoring of the death penalty in North Carolina to see if patterns of racial bias change,” Radelet said.