Study: Giant Super-Earths Made of Diamond Are Possible

SAN FRANCISCO – A planet made of diamonds may sound lovely, but you wouldn’t want to live there.

A new study suggests that some stars in the Milky Way could harbor “carbon super-Earths” – giant terrestrial planets that contain up to 50 percent diamond.

But if they exist, those planets are likely devoid of life as we know it.

The finding comes from a laboratory experiment at Ohio State University, where researchers recreated the temperatures and pressures of Earth’s lower mantle to study how diamonds form there. 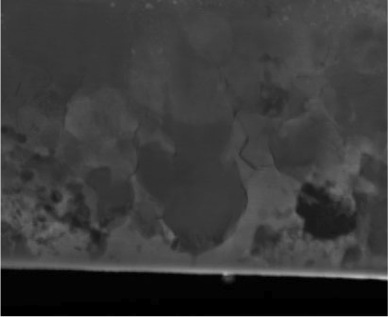 Wendy Panero, associate professor in the School of Earth Sciences at Ohio State, and doctoral student Cayman Unterborn used what they learned from the experiments to construct computer models of the minerals that form in planets composed with more carbon than Earth.

The result: “It’s possible for planets that are as big as fifteen times the mass of the Earth to be half made of diamond,” Unterborn said. He presented the study Tuesday at the American Geophysical Union meeting in San Francisco.

“Our results are striking, in that they suggest carbon-rich planets can form with a core and a mantle, just as Earth did,” Panero added. “However, the cores would likely be very carbon-rich – much like steel – and the mantle would also be dominated by carbon, much in the form of diamond.” 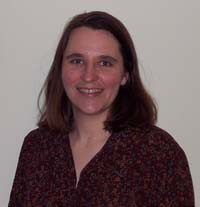 Earth’s core is mostly iron, she explained, and the mantle mostly silica-based minerals, a result of the elements that were present in the dust cloud that formed into our solar system. Planets that form in carbon-rich solar systems would have to follow a different chemical recipe – with direct consequences for the potential for life.

Diamonds transfer heat so readily, however, that a carbon super-Earth’s interior would quickly freeze. That means no geothermal energy, no plate tectonics, and – ultimately – no magnetic field or atmosphere.

“We think a diamond planet must be a very cold, dark place,” Panero said.

She and former graduate student Jason Kabbes subjected a tiny sample of iron, carbon, and oxygen to pressures of 65 gigapascals and temperatures of 2,400 Kelvin (close to 9.5 million pounds per square inch and 3,800 degrees Fahrenheit – conditions similar to the Earth’s deep interior).

As they watched under the microscope, the oxygen bonded with the iron, creating iron oxide – a type of rust – and left behind pockets of pure carbon, which became diamond.

Based on the data from that test, the researchers made computer models of Earth’s interior, and verified what geologists have long suspected – that a diamond-rich layer likely exists in Earth’s lower mantle, just above the core.

That result wasn’t surprising. But when they modeled what would happen when these results were applied to the composition of a carbon super-Earth, they found that the planet could become very large, with iron and carbon merged to form a kind of carbon steel in the core, and vast quantities of pure carbon in the mantle in the form of diamond.

The researchers discussed the implications for planetary science.

“To date, more than five hundred planets have been discovered outside of our solar system, yet we know very little about their internal compositions,” said Unterborn, who is an astronomer by training.

“We’re looking at how volatile elements like hydrogen and carbon interact inside the Earth, because when they bond with oxygen, you get atmospheres, you get oceans – you get life,” Panero said. “The ultimate goal is to compile a suite of conditions that are necessary for an ocean to form on a planet.”

This work contrasts with the recent discovery by an unrelated team of researchers who found a so-called “diamond planet” which is actually the remnant of a dead star in a binary system.

The Ohio State research suggests that true terrestrial diamond planets can form in our galaxy. Exactly how many such planets might be out there and their possible internal composition is an open question – one that Unterborn is pursuing with Ohio State astronomer Jennifer Johnson.

This research was funded by Panero’s CAREER award from the National Science Foundation.