EAST LANSING, Mich. — Sexual harassment may have become so commonplace for women that they have built up resistance to harassing behavior they consider merely “bothersome,” suggests a provocative new study by Michigan State University researchers.

This effect, said lead investigator Isis Settles, may be similar to the way people build up immunity to infection following exposure to a virus.

“When women view sexual harassment as bothersome, it doesn’t seem to be associated with distress,” said Settles, associate professor of psychology. “In some ways this suggests that sexual harassment is such a widespread problem that women have figured out ways to deal with it so it doesn’t interfere with their psychological well-being.”

For the study, which appears in the research journal Social Psychological and Personality Science, the researchers examined surveys of more than 6,000 women and men serving in all five branches of the U.S. military.

The study is one of the first to examine how both men and women view harassment – whether they saw it as bothersome or frightening – and how these perceptions relate to their psychological well-being, Settles said. The survey covered 16 types of verbal and physical harassment, including offensive stories or jokes and touching that made the person uncomfortable. 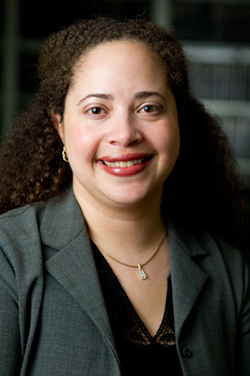 For men, sexual harassment was distressing when they saw it as either frightening or bothersome, she said.

“People tend to underestimate the impact of sexual harassment on men,” Settles said. She added that men “typically haven’t had a lifetime of experiences dealing with sexual harassment and may not know how to deal with it when it happens to them.”

Settles said the study does not suggest sexual harassment is less distressing for women than men.