EAST LANSING, Mich. — It’s easy for American society to label young killers as simply crazy. But new research suggests that a complex array of factors – from bullying to lack of parental support to ineffective mental health services – are potentially involved when a student turns to violence.

The study, co-authored by Michigan State University’s Hyunkag Cho, examined the risk factors of the 2007 Virginia Tech shootings by 23-year-old student Seung-Hui Cho that left 33 people, including the gunman, dead. 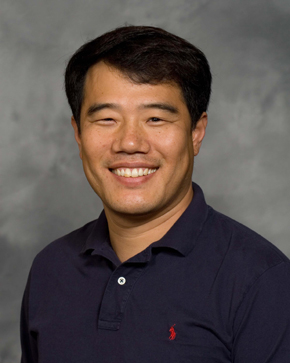 According to the study, which appears in the current issue of the Journal of Loss and Trauma, the Virginia Tech gunman had a host of risk factors that fall into a complicated framework of social systems, including family, school, friends, culture and community services.

In addition, the study is one of the first to explore the potential risk factors faced by immigrants and minorities. The Korean-born gunman at Virginia Tech, for example, was allegedly taunted for his poor English skills and also faced cultural barriers to mental health services, the study says.

“Despite the numerous explanations by the media, politicians, organizations and researchers about the potential cause of the school shootings, we are not united in our understanding of the risk factors, particularly those relevant to racial minorities and immigrants,” said MSU’s Cho, an assistant professor of social work who is not related to Seung-Hui Cho.

The study, Cho noted, comes on the heels of the Jan. 8 rampage in Tucson, Ariz., that left six dead and 13 wounded, including U.S. Rep. Gabrielle Giffords. Jared Loughner, a 22-year-old former community college student from Arizona, has been charged with first-degree murder.

Cho said many of the risk factors are essentially universal to mass shootings in the United States, including access to guns, media exposure to gun violence and the scientific finding that males are much more likely than females to perceive violence as a legitimate way to resolve conflicts. The vast majority of serial killers are male, he added.

Cho said more attention should be given to prevention efforts. Among the study’s recommendations:

While some people may be predisposed to violence, Cho said the goal should be to reduce or eliminate the issues that can trigger that violence, such as peer victimization. He said everyone can play a role, from fellow students to educators to policymakers who can bolster social services to assist immigrant youth and families in coping with these issues.

“Every person has their own responsibility to do whatever they can to prevent or reduce this kind of problem,” Cho said. “As they say, it takes an entire village to raise a child.”

Cho’s co-researchers are Jun Sung Hong from the University of Illinois at Urbana-Champaign and Alvin Shiulain Lee from Boston University.