EAST LANSING, Mich. — Low-income youth are more apt to vote if they are engaged in political activism and influenced by friends and family, according to a study by Michigan State University education scholars that sheds new light on voting behavior.

“This study changes our understanding of youths’ political behavior,” said Matthew Diemer, associate professor of education and lead researcher on the project.

The study is scheduled to run in the November/December print edition of the research journal Child Development. 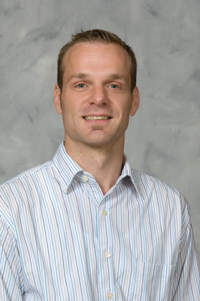 It’s well known that young people from poor and working-class families tend to vote less often than affluent youth. Diemer and doctoral student Cheng-Hsien Li, both from MSU’s College of Education, set out to explore the factors involved in getting low-income youth engaged in politics.

They analyzed a sample from the national Civic and Political Health Survey, which gauges young people’s attitudes about government and sociopolitical issues. Their sample included 665 surveys from low-income participants under age 25.

Diemer said he controlled for civic and political knowledge, as young people who know more about these issues tend to be more engaged.

The researchers found that it was largely discussions with peers and parents – and not the influence of teachers – that fueled political engagement among low-income youth.

In some cases, Diemer said, individual schools or school districts may choose to steer clear of emphasizing issues such as social justice and racism in civics class. In other cases, civics teachers may not feel comfortable discussing potentially controversial issues with their students.

If civics teachers had more autonomy and freedom to engage students in discussions about politics and social-justice issues, Diemer said it would likely affect their participation in politics.

“The traditional civics class focuses on things like knowing the three branches of government. That’s still important, obviously, but I think it’s also important for students to understand what motivates people to participate in political and social issues and to have lasting commitments,” Diemer said.

“If we can have teachers spend time on this new type of civics,” he added, “then maybe we can get a generation of younger people who are more engaged politically.”