COLUMBIA, Mo. – Replacing a CEO after a conflict between that executive and a corporate board can have positive impacts on a company’s stock performance, according to new research from the University of Missouri.

Prior studies have found that a company’s stock tends to decline before these events, which researchers have termed “forced CEO turnovers,” but such studies do not specifically account for a diverse array of factors that can be involved in those turnovers. This study is the first to focus on situations in which a CEO was replaced following conflicts with a corporate board over strategic direction, finding that such turnovers usually are followed by improvements in stock performance despite declines before the turnover. 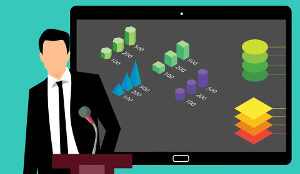 “Conflicts between boards and CEOs often are negative, high-profile events for companies,” said Kuntara Pukthuanthong, lead author on the study and an associate professor of finance at MU’s Robert J. Trulaske, Sr. College of Business. “These conflicts are due to differences of opinion over the strategic direction of the company, so the situation is not as clear-cut as simply dismissing a CEO because of declining performance or wrongdoing. We found that although conflict can translate into stock declines, replacing the CEO can actually reverse those declines and even result in a net improvement.”

Pukthuanthong and her colleagues examined 97 forced CEO turnovers over an 18-year period, including those that companies publicly attributed to differences in strategic direction. In addition to an overall increase in stock performance, researchers also distinguished between whether the new CEO was promoted from within the company or was brought in as an “outsider.” Companies with insider successions outperformed those led by outsiders in terms of both stock and operating performance. Regardless of these differences, 30 percent of the companies studied experienced a second or third CEO turnover within three years.

“The high rate of subsequent turnovers could reflect the complexity of conflicts over strategic direction,” Pukthuanthong said. “If a CEO is dismissed after misconduct, it is easier to say that the problem has been solved. But differences over strategy can continue to fester for years.”

Pukthuanthong said the study offers valuable, practical information to investors who are unsure about whether to invest in companies undergoing specific types of turmoil. Companies could also use this information to better understand the potential consequences of replacing a CEO.

The study, “Conflict-induced forced CEO turnovers and firm performance,” was published in Managerial Finance. Other researchers involved in the study were Saif Ullah, Thomas Walker and Jing Zhang of Concordia University.