*Microsoft dramatically expands access to one of its most elite certification programs.* 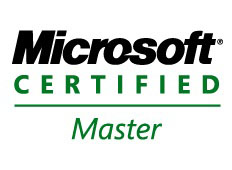 REDMOND, Wash. — Nov. 9, 2010 — Microsoft is making it more feasible for some of the world’s most talented technology consultants, architects, database engineers and administrators to earn credentials and recognition for their skills. Starting today, the Microsoft SQL Server Microsoft Certified Master (MCM) Exam — which certifies professionals’ expertise in the data management platform — will be available in testing centers in nine countries.

About the video: Learn more about how Microsoft can help IT Pros validate and document their expertise in various IT disciplines, such as the Microsoft Certified Master program for SQL Server 2008. Credit: Microsoft

As Field notes, the cost of the exam has also dropped significantly. Previously, the required three-week SQL Server 2008 MCM training session plus four exams necessary to earn the certification cost candidates approximately US$18,500 — in addition to associated travel expenses. Now, candidates can earn the certification by passing just two exams: the four-hour Knowledge Exam, and a six-hour hands-on Lab Exam, which will be available in early 2011. People interested in pursuing the certification can take these two exams without attending training for a total of US$2,500. “We created this new avenue for certification after listening to our customers and our partners,” explains Field. “There was a demand for certification options for people who feel they are prepared for the test without needing the full three weeks of training.”

The SQL Server MCM certification is the highest technical certification that Microsoft offers SQL Server professionals. It is designed for those with five or more years of hands-on SQL Server experience in critical environments. Competencies include designing and implementing high-performance, scalable enterprise environments and troubleshooting the most challenging SQL Server issues. “We expect that someone who has achieved the Master level in our program is able to deal with all of the kinds of critical and unusual partner and customer scenarios that could arise using the SQL Server product,” says Field. “When working with someone at the Master level, the customer should always feel totally confident that they are working with the right person.” 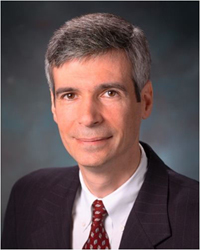 Outside of Microsoft employees, only a small number of people have earned the Master title since the program became available to the public in 2008. Managers of the program say they believe lifting the pricing, location and cost restrictions will allow the number of people who earn MCM in the next year to double or triple. “This is a quiet, often behind-the-scenes profession,” says Joseph Sack, program manager for SQL Server Microsoft Certified Master program at Microsoft. “There aren’t a lot of ways to demonstrate your skills on a resume or prove to your boss that you deserve a raise. Earning the MCM is a way for professionals to say ‘Hey, I know my stuff.’”

For people who are still interested in completing training before they take the exams, Microsoft will offer a number of new, more flexible ways to receive training, including free, online instruction from top SQL Server experts, and several three-day instructor-led training courses held by Microsoft partners worldwide.

“We Only Want a Master”

Professionals who have already earned the MCM certification through the previous program say the credential has helped them in a number of ways. “It gave me more confidence in my skills,” says Nicolas Husson, a self-employed solutions architect in Pasadena, Calif., who earned the certification in 2009. Husson says the exam was rigorous, and preparing for it helped him know SQL inside and out. “Customers can see that I know what I am talking about,” he says.

“Since I completed the MCM program, I regularly get e-mails with job offers,” says Brent Ozar, a SQL Server consultant who lives in Chicago and worked with Microsoft as a consultant on this latest MCM SQL Server program. He says clients regularly seek out his skills. “I’ve heard from several companies who said, ‘We only want someone who is a Master.’”

Architects of the program and people who work in the SQL Server community say the program will be a game-changer for companies of all sizes that rely on SQL Server. “Big companies with global audiences need one seriously good technical go-to person,” Ozar explains. “This will allow them to find that person. And for smaller companies who rely on consultants for their SQL needs, they’re going to start asking, ‘Hey, can you have a Master as part of your stable?’”

Managers of the program believe enabling more professionals to achieve MCM certification will also help expand the community of SQL Server professionals who network both with each other and with Microsoft. “The certification program has really helped me build relationships,” says Husson. “I have more direct contact with people from Microsoft, and when I have production issue that I don’t have an answer for, I know who to call.”

Microsoft officials say these kinds of relationships are mutually beneficial for Microsoft and for SQL Server professionals. “SQL Masters not only take pride in the certification that they have achieved, but they have an interest in maintaining a supportive professional community,” says Don Field.