COLUMBIA, Mo. – As recently as the Vietnam and Korean wars, soldiers’ families commonly had to wait months to receive word from family members on the front lines. Now, cell phones and the internet allow deployed soldiers and their families to communicate instantly. However, along with the benefits of keeping in touch, using new communication technologies can have negative consequences for both soldiers and their families, according to a study by University of Missouri researcher Brian Houston. This research could lead to guidelines for how active military personnel and their families can best use modern communications.

“Deployed soldiers and their families should be aware that newer methods of communication, especially texting, can have unintended impacts,” said Houston, assistant professor of communication in the College of Arts and Science. “The brevity and other limitations of text messages often limit the emotional content of a message. The limited emotional cues in text messages or email increases the potential for misunderstandings and hurt feelings. For example, children may interpret a deployed parent’s brief, terse text message negatively, when the nature of the message may have been primarily the result of the medium or the situation.” 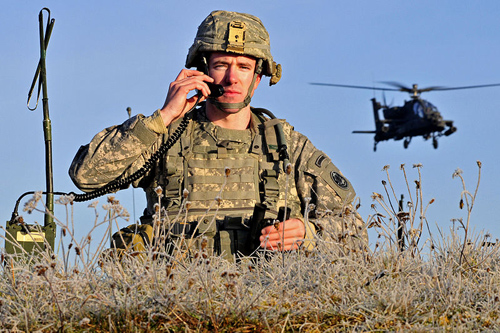 Houston’s study documented the frequency and quality of communications between soldiers and their families then examined how those results were associated with the emotions and behaviors of military children and spouses. Children who had the greatest degree of communication with a deployed parent also showed the greatest number of behavioral problems and emotional troubles. Houston suggested this may be because when kids are having a hard time they may be most likely to reach out to a deployed parent. However, that can cause a conflict for the soldier between the roles of warrior and parent.

“Bad news from home can distract a soldier from their duties and double their stress load,” said Houston. “A soldier can end up dealing with both the strain of warfare and concerns about a distant child.” 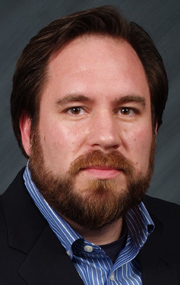 Brian Houston, assistant professor of communication in the College of Arts and Science. Houston’s study documented the frequency and quality of communications between soldiers and their families, then correlated those results to the emotions and behaviors of military children and spouses. Image credit: University of Missouri

On the other hand, children with a deployed parent who talked about deployment with a brother or sister tended to exhibit positive outcomes, according to the study. Houston suggested this shows the importance of children experiencing parental deployment having an opportunity to connect with other children in the same situation. Houston suggested parents experiencing deployment may wish to identify opportunities for their children to connect with other young people whose parents serve in the military.

The problems with communications between soldiers and their families weren’t limited to the time during deployment. Distinct challenges arose before, during and after deployment, according to the study. Upon returning home, soldier-parents faced difficulties in communicating their experiences from wartime with their families.

“Children can tell when a parent is troubled,” said Houston. “For soldiers stressed by memories of war or readjustment to civilian life, it helps to talk to children about what is going on. Obviously you do not want to overwhelm children with information that is not age appropriate, but if a parent is having difficulties and no one is talking about it, then children may often feel that they are in some way to blame for the parent’s situation or that the parent is angry with them.”

Houston plans to use this research to develop communication best practices for military personnel and their families. Houston hopes such guidelines can help military families utilize modern communication technologies to help cope with deployment and the subsequent return to civilian life.

The study, “Family Communication Across the Military Deployment Experience: Child and Spouse Report of Communication Frequency and Quality and Associated Emotions, Behaviors, and Reactions,” was published in the Journal of Loss and Trauma: International Perspectives on Stress and Coping. Co-authors were Betty Pfefferbaum and Michael Brand of the University of Oklahoma Health Sciences Center, Michelle Sherman of the Oklahoma City Veterans Affairs Medical Center and Ashley Melson Family Development & Intervention Services.