Should I Marry Him? If you’re having doubts, don’t ignore them, suggests UCLA psychology study

Doubt is not a pleasant mental state, but certainty is a ridiculous one.

In the first scientific study to test whether doubts about getting married are more likely to lead to an unhappy marriage and divorce, UCLA psychologists report that when women have doubts before their wedding, their misgivings are often a warning sign of trouble if they go ahead with the marriage. 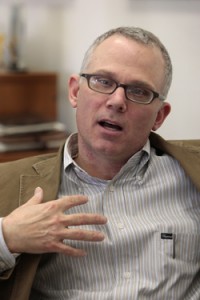 “People think everybody has premarital doubts and you don’t have to worry about them,” said Justin Lavner, a UCLA doctoral candidate in psychology and lead author of the study. “We found they are common but not benign. Newlywed wives who had doubts about getting married before their wedding were two-and-a-half times more likely to divorce four years later than wives without these doubts. Among couples still married after four years, husbands and wives with doubts were significantly less satisfied with their marriage than those without doubts.

“You know yourself, your partner and your relationship better than anybody else does; if you’re feeling nervous about it, pay attention to that,” he added. “It’s worth exploring what you’re nervous about.”

The psychologists studied 464 newlywed spouses (232 couples) in Los Angeles within the first few months of marriage and conducted follow-up surveys with the couples every six months for four years. At the time of marriage, the average age of the husbands was 27, and the average age of the wives was 25. The research is published in the online version of the Journal of Family Psychology, published by the American Psychological Association, and will appear in an upcoming print edition.

When asked, “Were you ever uncertain or hesitant about getting married?” at their initial interview, 47 percent of husbands and 38 percent of wives said yes. Yet while women were less likely than men to have doubts, their doubts were more meaningful in predicting trouble after the wedding, the researchers found. 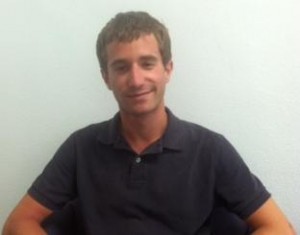 Doubt proved to be a decisive factor, regardless of how satisfied the spouses were with their relationships when interviewed, whether their parents were divorced, whether the couple lived together before the wedding and how difficult their engagement was. 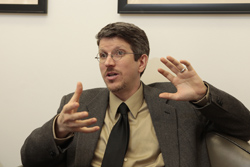 “What this tells us,” Lavner said, “is that when women have doubts before their wedding, these should not be lightly dismissed. Do not assume your doubts will just go away or that love is enough to overpower your concerns. There’s no evidence that problems in a marriage just go away and get better. If anything, problems are more likely to escalate.”

Thomas Bradbury, a UCLA psychology professor and co-author of the study, compared the situation to finding something disturbing on your skin that you hadn’t noticed before.

“If you see something unusual on your skin, should you ignore it and go to the beach, or see a doctor? Be smart and don’t ignore it — and don’t ignore your doubts either,” said Bradbury, who co-directs the Relationship Institute at UCLA. “Have a conversation and see how it goes. Do you think the doubts will go away when you have a mortgage and two kids? Don’t count on that.”

The psychologists are not advising women with doubts to necessarily end the relationship, they say.

“Talk about it and try to work through it,” Bradbury said. “You hope that the big issues have been addressed before the wedding.”

Benjamin Karney, a UCLA professor of psychology and co-director of the Relationship Institute at UCLA, was a co-author of the study.