EAST LANSING, Mich. — Women having children at older ages and the growing availability of fertility treatments has led to a marked increase in the birth of twins: In 2009, one in every 30 babies born in the United States was a twin compared with one in every 53 in 1980.

The findings, presented by Michigan State University’s Barbara Luke this week at the 14th Congress of the International Society of Twin Studies in Florence, Italy, have important health implications, including greater morbidity and mortality risks and higher health care costs. 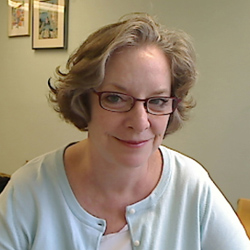 “Prior to 1980, the incidence of U.S. twin births was stable at about 2 percent of all births, but it has risen dramatically in the past three decades,” said Luke, noting twin births increased for women of all ages, with the largest increases among women aged 30 and older. “Older maternal age accounts for about one-third of the rise, and two-thirds is due to the increased use of fertility treatments.”

Those fertility-enhancing therapies include both assisted reproductive technologies and ovulation stimulation medications. About 12 percent of U.S. women have had fertility therapies.

“With multiple births though there are greater health risks,” said Luke a researcher in the College of Human Medicine’s Department of Obstetrics, Gynecology and Reproductive Biology. “Continued research is necessary to improve outcomes.”

Luke, who first reported the numbers in a report with Joyce Martin of the Centers for Disease Control and Prevention, noted births for triplets and higher numbers also grew: one in every 651 babies in 2009 compared with one in 2,702 in 1980.

In other research presented at the conference, Luke reported early embryo loss is associated with the significantly increased likelihood of lowered birth weight for the surviving fetuses.

The 14th Congress of the International Society of Twin Studies is held from April 1-4. The conference brings together experts from across the world to study multiple pregnancies and better understand the health impacts, specially neurological and oncological. For more information, go to https://www.mcaevents.org/t/01/twins-2012/index.aspx.