Scorched Earth: The Past, Present and Future of Human Influences on Wildfires

*A new framework for evaluating human influences on wildfires is developed*

How much of the increases in the frequency and size of fires are due to human activities? No one knows for sure.  But a paper in this week’s issue of the Journal of Biogeography puts the role of fire in natural ecosystems into context and provides support for efforts to plan for future risks from wildfires. 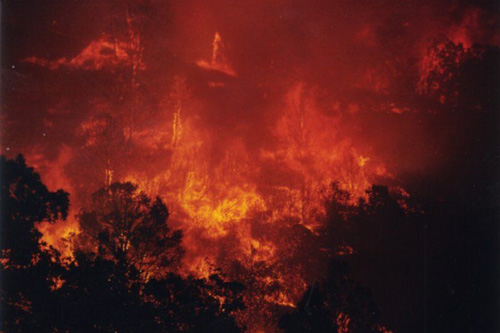 Satellite studies indicate that more than 30 percent of the Earth is subjected to frequent fires. Image credit: NOAA

Produced by an international team of researchers, the paper presents a new framework for considering wildfires based on the Earth’s pre-human fire history, ways that humans have historically used and managed fire and ways that they currently do so. “We need to look into the past to understand our current and future relationship with fire activity,” says Jennifer Balch of the National Center for Ecological Analysis and Synthesis.

About the video: Jennifer Balch of the National Center for Ecological Analysis and Synthesis discusses human contributions to wildfires. Credit: National Science Foundation

This research emphasizes the importance of understanding the relative influences of climate, human ignition sources and cultural practices in particular environments in order to design sustainable fire management practices that protect human health, property and ecosystems.

More information about this research, partially funded by the National Science Foundation, is provided in the accompanying interview with Balch, as well as in a press release issued by the University of California at Santa Barbara.