The Arctic Ocean has more open water each summer, a trend most scientists predict will continue in coming years. September 2012 set the record for the most open water since satellite observations began.

A University of Washington researcher is co-author on a review paper published (Aug. 2) in the journal Science looking at the ecological consequences of sea ice decline.

Led by corresponding author Eric Post, a biologist at Pennsylvania State University, the international team looked at effects on animals ranging from microorganisms to polar bears. As well as obvious changes for organisms that live in or on the ice, there also are trickle-down effects for food webs, animal behavior, species ranges, interbreeding and disease dynamics.

“We often wonder what the sea ice loss impact will be on weather, and probably as important or more is its influence on ecosystems,” said co-author Cecilia Bitz, a UW associate professor of atmospheric sciences. 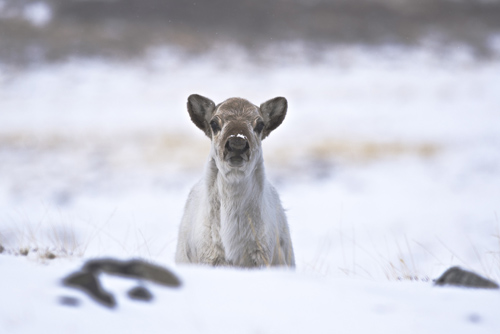 Bitz’s research uses computer models to predict changes in sea ice. She recently published a study showing that declining sea ice is likely to further threaten ringed seals, which use snow-covered ice floes to build caves for their young.

Last summer there was the least summer sea ice in 1,500 years, almost 40 percent less than when recorded observations began in 1979.

“The loss of 40 percent may have an even greater impact because it’s in the location that’s most important for many ecosystems,” Bitz said. “The coastal areas are some of the most biologically rich regions in the oceans because of the runoff from the land, which provides the nutrients to support biological productivity, and because polar bears and other species tend to move between land, water and ice.” 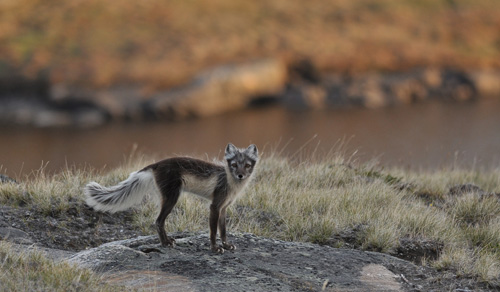 What’s more, microorganisms living in and below sea ice account for more than half the biological productivity in the Arctic Ocean, the authors write. While the volume of sea ice is small compared to the entire Arctic Ocean, ice microbes are plentiful because the ice absorbs most of the sunlight, Bitz said.

“The paper is an excellent synthesis of the ecological effects of sea ice decline in the Arctic, summarizing a number of recent observations and studies that all point to large changes in the marine and terrestrial systems,” commented Kristin Laidre, a polar scientist at the UW Applied Physics Laboratory who was not involved in the study. “The authors also point out important future scientific and management challenges that are coupled to increased human use of the Arctic.”

“We are seeing changes in behavior, body condition and survival rates in several species,” Laidre said, “and many of these changes are linked to the loss of sea ice.”