Of all the habitable parts of our planet, one ecosystem still remains largely unexplored and unknown to science: the igneous ocean crust.

This rocky realm of hard volcanic lava exists beneath ocean sediments that lie at the bottom of much of the world’s oceans.

While scientists have estimated that microbes living in deep ocean sediments may represent as much as one-third of Earth’s total biomass, the habitable portion of the rocky ocean crust may be 10 times as great.

Yet biologists know very little about this ecosystem. The Integrated Ocean Drilling Program (IODP) Mid-Atlantic Ridge Microbiology Expedition set out to change that. 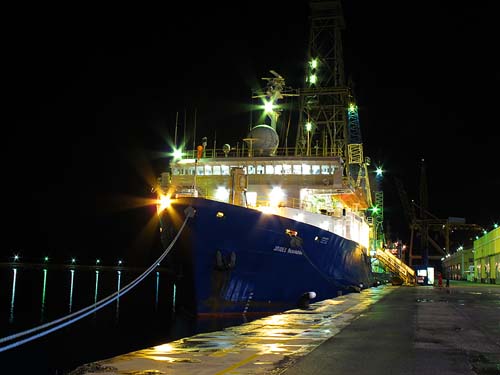 Drillship JOIDES Resolution in port in Barbados just before the start of the expedition. Image credit: IODP/USIO, Jennifer Magnusson

An international team of scientists sailing onboard the research vessel JOIDES Resolution recently returned from installing observatories beneath the seafloor in “North Pond”–a remote area in the middle of the Atlantic Ocean.

Scientists hope that data collected from these subseafloor observatories (known as CORKs, or Circulation Obviation Retrofit Kits), along with studies of rock and sediment samples collected during the expedition, will help to shed light on the role tiny subseafloor microbes play in shaping Earth’s oceans and crust. 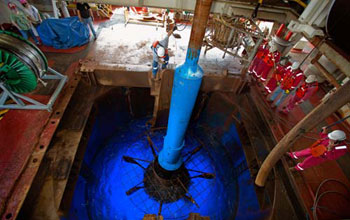 A CORK recovery tool rises up out of the ocean through the ship's moonpool. Image credit: IODP/USIO

Two CORKs were successfully installed, and sediment and basalt core samples were recovered. CORK observatories are designed to remain in place for up to ten years.

The North Pond subseafloor observatories will allow active experiments to be conducted below the bottom of the ocean for as much as five years after deployment. 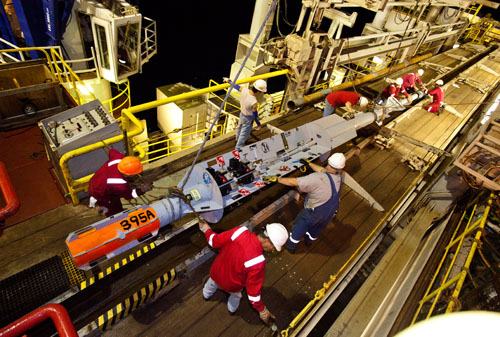 Scientists from the expedition plan to return to these observatories with the first of many submersible expeditions in early 2012.

“The innovative and novel experiments and observations from this expedition promise to greatly advance our understanding of the nature and extent of microbial life in the most widespread of environments–the Earth’s ocean crust,” says Jamie Allan, program director for IODP at the U.S. National Science Foundation (NSF). NSF co-funds IODP.

In the coming months and years, researchers hope to answer three main questions:

IODP is an international research program dedicated to advancing scientific understanding of the Earth through drilling, coring, and monitoring the subseafloor. 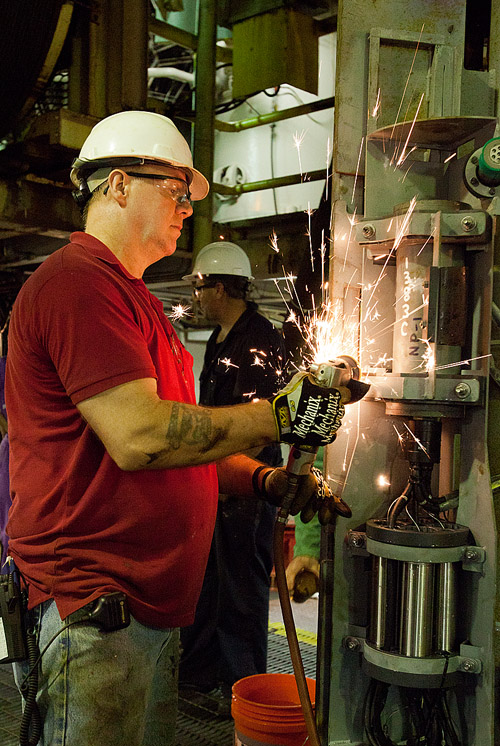 Additional program support comes from the European Consortium for Ocean Research Drilling, the Australia-New Zealand IODP Consortium, India’s Ministry of Earth Sciences, the People’s Republic of China’s Ministry of Science and Technology and the Korea Institute of Geoscience and Mineral Resources. 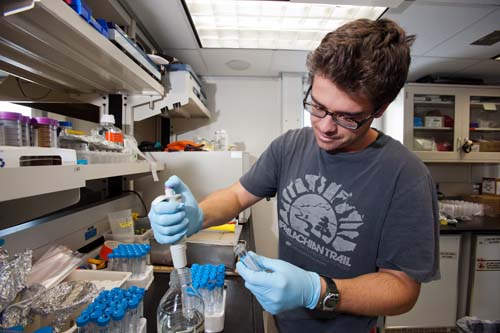