A Professor from The University of Manchester has had his name immortalised as a new species of fly.

Professor Richard Preziosi, from the Faculty of Life Sciences, said he was delighted with the unusual tribute from researcher Dr Dave Penney.

It follows his continued support of Dr Penney’s unfunded research into amber rocks which he has been investigating for around 20 years.

Dr Penney discovered the new species of fly, which he has named Proceroplatus preziosii, on the Caribbean island of Hispaniola, after finding a fossil in 16 million-year-old amber from the Dominican Republic. His findings were confirmed by Dr Neal Evenhuis, of the Bishop Museum in Hawaii, who is the leading world expert on this group. The species is a tiny gnat just a few millimetres long belonging to the Keroplatidae family.

Professor Preziosi said: “I am delighted and honoured to have this newly discovered species named after me. It has been a real privilege to be able to support Dr Penney’s research and to be associated with his discoveries of this unique aspect of biodiversity.” 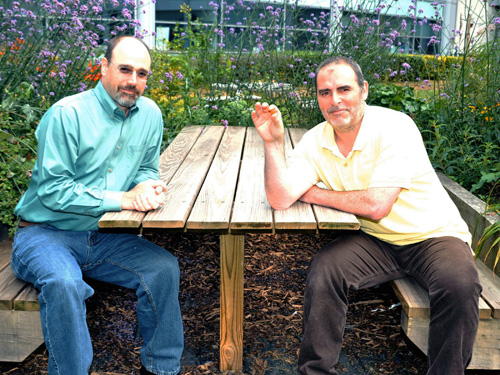 Professor Richard Preziosi is on the left and Dr David Penney is on the right. Image credit: University of Manchester

Dr Penney, who has previously discovered approximately 40 new species of insects and spiders and has had two species named after him, said: “The fossil represents the first record of Keroplatidae from the Caribbean island of Hispaniola. It led us to predict the presence of these flies in the living fauna on the island. After a study we found the species living there.

“I wanted to thank Professor Preziosi, who has support me through out my research career at Manchester, and thought this would be a novel way to do this!” 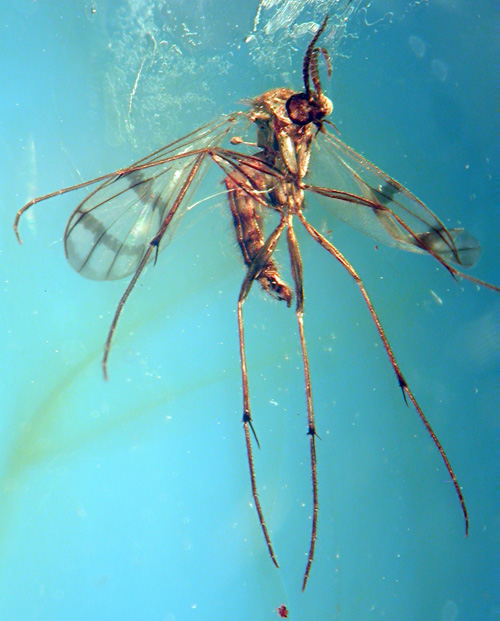 The discovery is published in the journal Zootaxa.