Researchers suggest a balance between timber harvest and conservation biology

COLUMBIA, Mo. – Woodland salamanders are small, lungless amphibians that live in moist, forest habitats throughout the U.S. and the world. Salamanders often serve as vital links in forest food chains; their population size and recovery from major disturbances can help predict the health of forest ecosystems. Now, researchers at the University of Missouri have determined that salamander population size reflects forest habitat quality and can predict how ecosystems recover from forest logging activity. MU researchers believe these findings can be translated to other species within forest ecosystems throughout the world.

“One of our primary interests is in conservation of amphibians and the habitats that they utilize,” said Ray Semlitsch, Curators’ Professor of biological sciences in the College of Arts and Science at MU. “We are trying to understand how land use, and particularly forest management, affects the survival of amphibians on the landscape. We also determined that salamander recovery—or the amount of time it takes for salamanders to repopulate a cut forest area—can help forest managers determine appropriate logging schedules.” 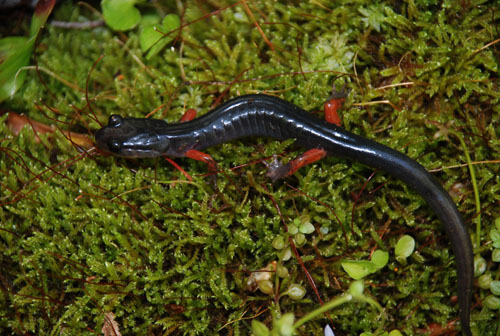 Semlitsch and fellow researcher, Grant Connette, a graduate student in the Division of Biological Sciences, chose to study a forest area in the southern Appalachian Mountains that has the highest diversity of salamanders in the world. Although seldom seen in the daytime, these animals breathe using their wet skin and forage at night.  The researchers conducted surveys of terrestrial salamanders, which don’t rely on water or streams, to examine patterns of their abundance relative to timber harvest and species movement behavior. They discovered that forests logged more than 100 years ago may still be affecting salamanders today.

“Most conservation biologists study the pattern of change within a species—for example, how they decline or how they recolonize after a major event,” Semlitsch said. “Our lab takes it a step further by seeking to understand the causes of species decline. We’re finding that population fluctuations depend on the animal’s behavior, like their ability to disperse, following a major event like logging a forest and can last for many years.” 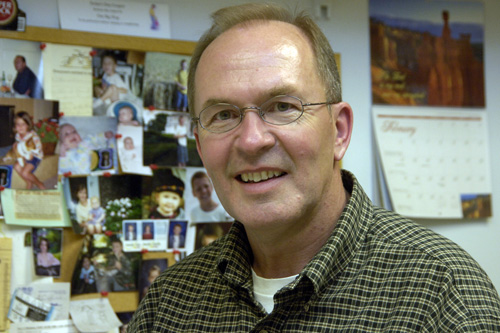 Roughly half of all forest area in the United States is on public land, where modern forest management increasingly uses alternatives to clear-cutting. These techniques include limiting the size of logged areas and maintaining large areas of forest at highly mature stages, which may prove less disruptive to wildlife than clear-cutting. Semlitsch hopes to help find the balance between the economics of using natural resources and conservation and hopes to share this information with forest managers so they can make informed decisions about conservation and biodiversity.

Their research, “Life history as a predictor of salamander recovery rate from timber harvest in southern Appalachian forests, U.S.A.” was published in Conservation Biology and graduate student support was funded in part by the U.S. Environmental Protection Agency. Semlitsch also wishes to recognize the cooperation of the U.S. Forest Service in this study.