To help resolve this debate, University of Washington researchers conducted an observational study. They wanted to learn how much vitamin D must be circulating in the blood to lower the risk of a major medical event. This category included heart attack, hip fracture, diagnosis of cancer, or death.

Their findings are reported today, May 1, in the Annals of Internal Medicine. Dr. Ian de Boer, assistant professor of medicine in the Division of Nephrology and a member of the Kidney Research Institute, led the project. He also holds an appointment in the Department of Epidemiology, UW School of Public Health.

Vitamin D is measured in the blood as 25-hydroxy-vitamin D, abbreviated 25(OH)D. 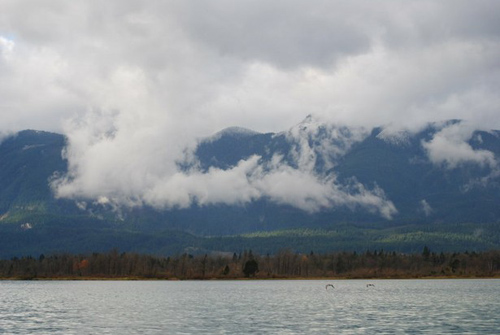 The researchers tested 25(OH)D concentrations from a biorepository of blood samples of 1,621 Caucasian adults. These adults had enrolled in the early 1990s in the Cardiovascular Health Study, originally designed to look at risk factors and progression of heart disease in people age 65 and over. The participants lived in one of four areas in the United States: Forsyth County, North Carolina; Sacramento, County, California; Washington County, Maryland; and Philadelphia, Pennsylvania.

Over about an 11-year follow-up, researchers looked at the association between each individual’s 25(OH)D test results and the time that a first defining medical event occurred. Among the participants, 1,018 had such an event. There were 137 hip fractures, 186 heart attacks (myocardial infarctions), 335 incidences of cancer, and 360 deaths.

Through their statistical analysis, the researchers concluded that the risk of these disease events rose when the concentration of 25(OH)D fell below 20 ng/milliliter or 50 nmol/liter. “Our results,” de Boer said, “lend support to the threshold level recently recommended by the Institute of Medicine, a national, independent government advisory group.”He added, “This target level for adults is considerably lower than that set by other expert panels.’ 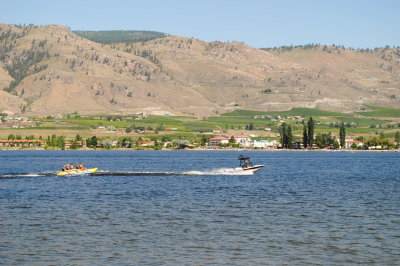 Levels of the sunshine vitamin rise during the bright days of summer. Image credit: Alice Gray

His research team also found that the association of low 25(OH)D blood concentrations with risk of major disease events varied with the season. Because people soak up most of their Vitamin D from the sun, their levels run highest in the summer and lowest in the winter. Levels in autumn are generally above those in spring.

“In evaluating health risk,” the researchers concluded, “Season-specific targets for 25(OH)D blood concentration may be more appropriate than a static target when evaluating patients health risk.

”Future research in this area, de Boer said, will require clinical trials. Researcher will look, for example, at the health effects of attempts to raise 25(OH)D in patients whose levels fall below the target. Interventions might include supplements, dietary changes and increasing outdoor activity.

“Sun exposure is tricky,” de Boer said, “because people have to protect themselves from skin cancer and other sun damage.” Sunscreen blocks the UVB waves responsible for producing Vitamin D. Food sources for Vitamin D are milk, fortified juice and cereal and oily fish like salmon, mackerel, cod and herring.

Vitamin D provides many different beneficial effects on health because it is actually not a vitamin, but a prohormone. It can suppress the hormonal systems that cause fluid to be retained and blood pressure to go up, modulate the function of immune cells, and stop abnormal cells from overgrowing.

*Source: University of Washington (Published on May 1, 2012)