Researcher Discovers Bug That Might Only Exist on Mizzou’s Campus

COLUMBIA, Mo. – The University of Missouri has Jesse Hall, Faurot Field, Memorial Union and the Columns. Now, MU has its own bug. An MU researcher has discovered a new insect on campus and given it a Mizzou name. Ben Puttler, assistant professor emeritus of plant sciences at the College of Agriculture, Food and Natural Resources, first discovered Aphis Mizzou in 2005 while conducting research on wasps on the MU campus.

The insect, Aphis Mizzou, is a member of the aphid family of bugs. Aphids are tiny insects that live by feeding on the sap of plants. Nearly all annual and perennial plants, including shrubs and trees, are potential hosts for aphids. When feeding on these plants, aphids can crumple leaves, distort plant tissue and bend stems. There are 5,000 species of aphids known in the world, but only 150 live in North America.

“When I was researching how wasps feed on another type of aphid I noticed the differences between the Aphis Mizzou and other aphids I was observing,” Puttler said. “Once I realized that this bug hadn’t been identified, I decided to give the aphid a Mizzou name considering these bugs haven’t been found anywhere besides the MU campus.” 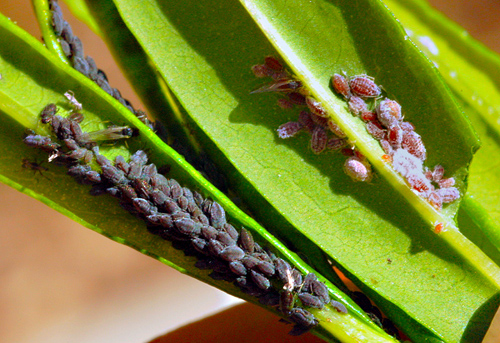 Aphis Mizzou. What makes these bugs unique is a five-segmented antenna, a black head, thorax and abdomen that seem to be dusted with a white wax, all different from other aphid species. Image credit: University of Missouri

“What makes the Aphis Mizzou so unique is that the aphid has a five-segmented antenna, a black head, thorax and abdomen that seem to be dusted with a white wax,” Puttler said. “The Aphis Mizzou is found by the student recreation complex due to the large amount of St. John’s Wort plants, which is the plant on which the bug lives.” 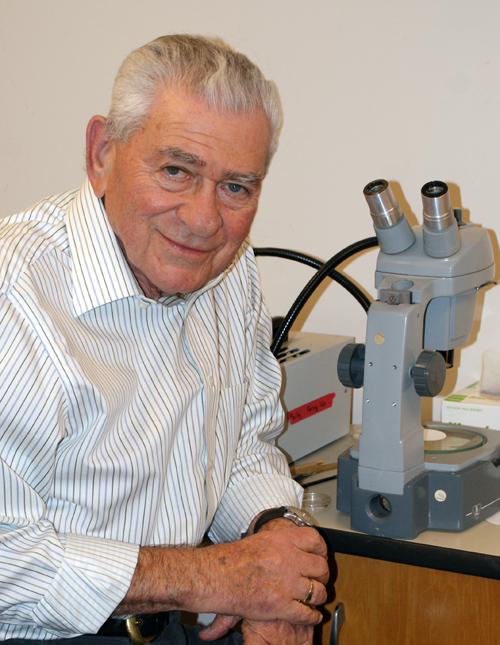 Ben Puttler. Puttler has discovered a new species of aphid located only on the Mizzou campus. Image credit: University of Missouri

Puttler’s current research is focusing on the biological control of pests and how naturally occurring beneficial insects and other biotic agents can fight crop pests and weeds. However, the Aphis Mizzou doesn’t seem to be harming anything. It just wants to feed on the young leaves of the St. John’s Wort plant, Puttler said.

Puttler has discovered six bugs prior to the discovery of the Aphis Mizzou, including one in which he named after his wife.

Puttler said that most people won’t notice the Aphis Mizzou, as it is smaller than a grain of pepper. 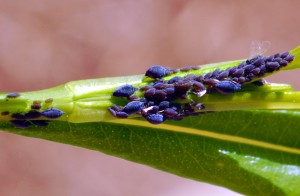 Unlike other aphids, the Aphis Mizzou bugs don’t seem to be harming anything. The bugs just want to feed on the young leaves of the St. John’s Wort plant. Image credit: University of Missouri (Click image to enlarge)