COLUMBIA, Mo. – Lowland South America, including the Amazon Basin, harbors most of the last indigenous societies that have limited contact with the outside world. Studying these tribes, located deep within Amazonian rainforests, gives scientists a glimpse at what tribal cultures may have been like before the arrival of Europeans. Now, researchers at the University of Missouri have used satellite images to assess the demographic health of one particular village of isolated people on the border between Brazil and Peru. Remote surveillance is the only method to safely track uncontacted indigenous societies and may offer information that can improve their chances for long-term survival.

Rob Walker, an assistant professor of anthropology in the College of Arts and Science at MU, collaborated with Marcus Hamilton, postdoctoral fellow at the Santa Fe Institute and adjunct assistant professor of anthropology at the University of New Mexico. They used Google Earth satellite imagery to estimate the area of the fields and the size of the village belonging to the tribe, as well as the living area of the tribe’s temporary housing, and compared that with similar estimates for 71 other Brazilian indigenous communities. 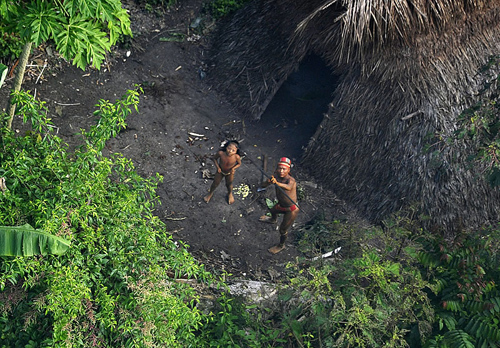 “We found that the estimated population of the village is no more than 40 people,” Walker said. “A small, isolated village like this one faces an imminent threat of extinction. However, forced contact from the outside world is ill-advised, so a non-invasive means of monitoring the tribe is recommended. A remote surveillance program using satellite images taken periodically of this group would help track the movements and demographic health of the population without disrupting their lives.” 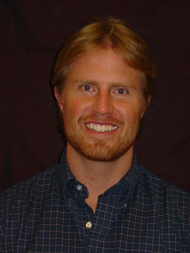 Using information captured from remote surveillance, scientists can help shape policies that mitigate the threats of extinction including deforestation, illegal mining and colonization in these remote areas. Additionally, surveillance also can help locate isolated villages, track patterns of migration over time, and inform and create boundaries or buffer zones that would allow tribes to stay isolated, Walker said.

“Close to 100 uncontacted groups are thought to currently exist in Amazonia,” Walker said. “Deforestation, cattle ranching, illegal mining, and outside colonization threaten their existence. Most of these tribes are swidden horticulturalists and so their slash-and-burn fields are observable in satellite images. But, they do move around, sometimes in response to external threats, and this movement requires constant monitoring if there is to be any hope of preserving their habitat and culture.”

The study, “Amazonian societies on the brink of extinction,” was published online in The American Journal of Human Biology. Financial support for this project was provided by a National Geographic Society Research and Exploration grant.