COLUMBIA, Mo. — Freedom of the press is viewed by many as a cornerstone of democracy. But can it actually help improve people’s lives and make them happy? Researchers at the University of Missouri have found that citizens of countries with press freedom tend to be much happier than citizens of countries without free presses. Edson Tandoc, Jr., a doctoral student in the MU School of Journalism, says that press freedom directly predicts life satisfaction across the world.

“We already know that having reliable, objective news sources can benefit democracy, but in this study, we found that press freedom also benefits communities by helping improve the overall quality of life of citizens and, in the process, by also making them happier,” Tandoc said. “People enjoy having an element of choice about where they get their news. Citizens of countries without a free press are forced to rely on the government for information, when what people really want is diversity in content where they are free to get the information they want from the source of their choosing.” 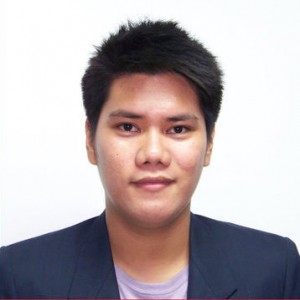 Tandoc and his co-author, Bruno Takahashi from Michigan State University, analyzed data from 161 countries using a 2010 Gallup Poll evaluating happiness levels around the world. Tandoc and Takahashi compared those happiness levels with Freedom House’s press freedom index which rates the level of each country’s press freedom. They also examined human development statistics gathered by the United Nations as well as the Environmental Performance Index created by researchers at Yale Center for Environmental Law & Policy. Tandoc found that the more press freedom a country enjoyed, the higher the levels of life satisfaction, or happiness, of its citizens tended to be.

“The road to happiness isn’t direct; it is a complex path or web that includes many different influences and interrelationships,” Tandoc said. “Things like improving the economy alone are insufficient for increasing happiness. Protecting press freedom is also an important component of the happiness web.”

Tandoc also found that countries with higher levels of press freedom enjoyed better environmental quality and higher levels of human development, both of which also contribute to life satisfaction. He credits this to the watchdog function of the press, which helps expose corruption of all levels in a community.

“A country with a free press is expected to be more open about what is wrong in their societies and with their environments,” Tandoc said. “A free press is likely to report about poor human conditions and environmental degradation, bringing problems to the attention of decision-makers. It should not come as a surprise, therefore, that press freedom is positively related to both environmental quality and human development.”

This study was published in the Social Indicators Research journal and presented at the International Communication Association 2012 conference in Phoenix.