Post-Divorce Journaling May Hinder Healing for Some, UA Study Finds

For those searching for deeper meaning in a failed marriage, writing about their feelings soon after divorce may lead to greater emotional distress, according to new research.

Following a divorce or separation, many people are encouraged by loved ones or health-care professionals to keep journals about their feelings. But for some, writing in-depth about those feelings immediately after a split may do more harm than good, according to new research conducted at the University of Arizona.

In a study of 90 recently divorced or separated individuals, UA associate professor of psychology David Sbarra and colleagues found that writing about one’s feelings can actually leave some people feeling more emotionally distraught months down the line, particularly those individuals who are prone to seeking a deeper meaning for their failed marriage.

The findings, to be published in a forthcoming issue of the journal Clinical Psychological Science, came as a surprise to Sbarra, who initially set out to compare the effectiveness of two different styles of expressive writing on the emotional healing of recently separated or divorced individuals. 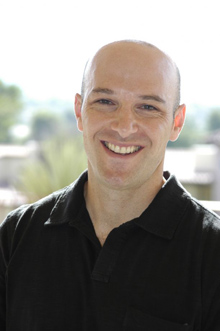 “There are very few known interventions to promote adjustment and healing after marital separation,” said Sbarra, who also is director of clinical training for the UA psychology department. “So our basic starting point was that we need experimental data on how to improve people’s lives and how to promote wellness after this difficult event.”

Sbarra studied individuals who had physically separated from a spouse on an average of three months before the start of the study. After completing an initial assessment to determine their emotional baseline, participants were randomly assigned to one of three groups. Members of one group were asked to write about their feelings about their relationship through traditional expressive writing. Another group was asked to practice a technique known as narrative expressive writing – to write about feelings but within the framework of a narrative with a beginning, middle and end, effectively telling the story of the marriage. The third, the control group, was instructed to simply keep a journal of basic daily activities, without writing about emotions or opinions.

The participants were asked to write in a journal, using their prescribed style, for 20 minutes a day for three consecutive days. Eight months later, their emotional state was re-evaluated in a follow-up assessment.

The unexpected results suggest expressive writing of any kind can actually hinder emotional recovery for certain individuals, whereas non-expressive control writing might actually be a more effective intervention.

This was found to be true specifically among those labeled in the initial assessment as “high ruminators” – those with a tendency to brood over the circumstances of their separation in search of answers.

“At the eight-month follow up period, high ruminators actually reported the least distress in the control condition, suggesting that control writing for these people may actually be the beneficial thing,” Sbarra said.

Although not what he expected, Sbarra says the study’s findings make sense in retrospect.

“If a person goes over and over something in their head, and then you say, ‘Write down your deepest darkest thoughts and go over it again,’ we will intensify their distress,” he said.

Further research is needed, Sbarra said, to measure whether non-expressive control writing provides healing benefits over not journaling at all. But he can imagine how journaling about mundane tasks might be helpful to some.

“If you’re someone who tends to be totally in your head and go over and over what happened and why it happened, you need to get out of your head and just start thinking about how you’re going to put your life back together and organize your time,” Sbarra said. “Some people might naively call this avoidance, but it’s not avoidance; it is just re-engagement in life, and the control writing asks people to engage in this process.”

Those in the study identified as “low ruminators” – those not brooding over their marital separation – had similar emotional outcomes regardless of what type of writing style they were assigned.

Sbarra is quick to note that expressive writing has proved in numerous studies to be an effective intervention for individuals who have experienced stressful life events, and it should not be discounted. However, his recent findings suggest it may not be the best approach universally.

“I think many, many therapists have a tendency to believe that journaling unequivocally is a good thing to do, especially when people are trying to figure things out in their head,” he said.

“This study is important because it challenges our notions about what might be the thing to do to promote healing after a divorce,” he said. “It makes us reconsider the things we do to try to put our lives back together.”