EAST LANSING, Mich. — News coverage of Washington politicians and their rhetoric appears to have less influence on the American public compared to other news coverage, according to a study by a Michigan State University political scientist.

Instead, citizens are more apt to be swayed by news stories about grassroots protests and local events, said Corwin Smidt, assistant professor of political science. His study appears in the research journal Public Opinion Quarterly. 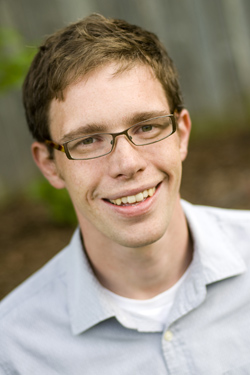 “What this says is that maybe politicians can’t use the bully pulpit to influence public opinion through the news media as much as many people thought they could,” Smidt said.

Smidt studied media coverage of two national issues – gun control in 2000 and health care reform and 2009 – and in both cases found that stories focusing on Washington debate had little to no effect on public opinion polls. There could be myriad reasons for this, he said, including oversaturation of Washington news via 24-hour news channels and the Internet.

But news coverage of protests seemed to strike a chord. For example, coverage of the Million Mom March in 2000, designed to rally support for stricter gun-ownership laws, was highly influential in shaping the public agenda, according to the study.

News stories chronicling high-profile gun crimes also were influential in opinion polls, although less so than protests, the study found.

As a political scientist, Smidt said he didn’t look at why the news media covered certain stories, but rather how the public reacted. While some believe the news media sets the public agenda, he said that may not necessarily be the case.

“The news media are still the gatekeepers – in that if they don’t cover something we probably won’t hear about it – but everything they cover does not have the same effect,” Smidt said. “It actually may be the storyline within the news that provokes opinion.”