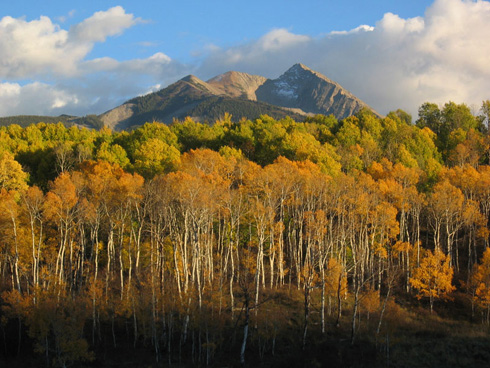 The research, led by scientists at the National Center for Atmospheric Research (NCAR) in Boulder, Colo., uses observations, gene expression studies, and computer modeling to show that deciduous plants absorb about a third more of a common class of air-polluting chemicals than previously thought.

The new study, results of which are being published this week in Science Express, was conducted with co-authors from the University of Northern Colorado and the University of Arizona. It was supported in part by the National Science Foundation (NSF), NCAR’s sponsor.

“Plants clean our air to a greater extent than we had realized,” says NCAR scientist Thomas Karl, the lead author. “They actively consume certain types of air pollution.”

The research team focused on a class of chemicals known as oxygenated volatile organic compounds (oVOCs), which can have long-term impacts on the environment and human health.

“The team has made significant progress in understanding the complex interactions between plants and the atmosphere,” says Anne-Marie Schmoltner of NSF’s Division of Atmospheric and Geospace Sciences, which funded the research. 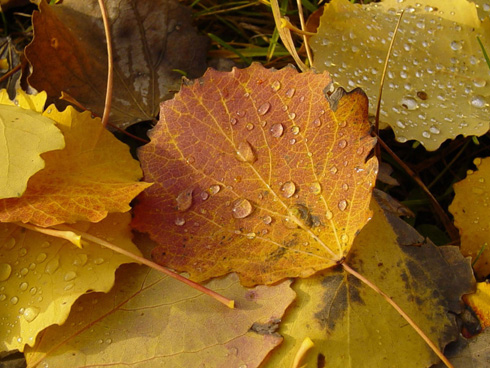 Falling leaves act as tiny ferryboats that carry atmospheric gases with them to the forest floor. Image credit: USDA

The compounds form in abundance in the atmosphere from hydrocarbons and other chemicals that are emitted from both natural sources–including plants–and sources related to human activities, including vehicles and construction materials.

Eventually, some oVOCs evolve into tiny airborne particles, known as aerosols, that have important effects on both clouds and human health.

By measuring oVOC levels in a number of ecosystems in the United States and other countries, the researchers determined that deciduous plants appear to be taking up the compounds at an unexpectedly fast rate–as much as four times more rapidly than previously thought.

The uptake was especially rapid in dense forests and most evident near the tops of forest canopies, which accounted for as much as 97 percent of the oVOC uptake that was observed.

Karl and his colleagues then tackled a follow-up question: How do plants absorb such large quantities of these chemicals?

The scientists moved their research into their laboratories and focused on poplar trees. The species offered a significant advantage in that its genome has been sequenced.

The team found that when the study trees were under stress, either because of a physical wound or because of exposure to an irritant such as ozone pollution, they began sharply increasing their uptake of oVOCs.

At the same time, changes took place in expression levels of certain genes that indicated heightened metabolic activity in the poplars.

The uptake of oVOCs, the scientists concluded, appeared to be part of a larger metabolic cycle.

Plants can produce chemicals to protect themselves from irritants and repel invaders such as insects, much as a human body may increase its production of white blood cells in reaction to an infection.

But these chemicals, if produced in enough quantity, can become toxic to the plant itself.

In order to metabolize these chemicals, the plants start increasing the levels of enzymes that transform the chemicals into less toxic substances.

At the same time, as it turns out, the plant draws down more oVOCs, which can be metabolized by the enzymes.

“Our results show that plants can actually adjust their metabolism and increase their uptake of atmospheric chemicals as a response to various types of stress,” says Chhandak Basu of the University of Northern Colorado, a co-author.

“This complex metabolic process within plants has the side effect of cleansing our atmosphere.”

Once they understood the extent to which plants absorb oVOCs, the research team fed the information into a computer model that simulates chemicals in the atmosphere worldwide.

The results indicated that, on a global level, plants are taking in 36 percent more oVOCs than had previously been accounted for in studies of atmospheric chemistry.

Additionally, since plants are directly removing the oVOCs, fewer of the compounds are evolving into aerosols.

“This really transforms our understanding of some fundamental processes taking place in our atmosphere,” Karl says.