As Earth’s climate warms, species are expected to shift their geographical ranges away from the equator or to higher elevations.

While scientists have documented such shifts for many plants and animals, the ranges of others seem stable.

When species respond in different ways to the same amount of warming, it becomes more difficult for ecologists to predict future biological effects of climate change–and to plan for these effects. 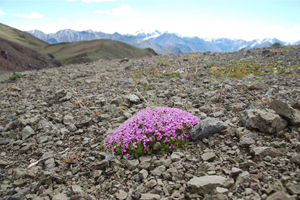 In a study published this week in the journal Nature, University of Wyoming ecologist Daniel Doak and Duke University ecologist William Morris report on a long-term study of arctic and alpine plants.

The results show why some species may be slow to shift their geographic ranges in the face of climate change, and why we might expect to see sudden shifts as warming continues.

“This study illustrates the critical need for long-term research to address our most pressing ecological challenges,” says Saran Twombly, program director in the National Science Foundation (NSF)’s Division of Environmental Biology, which funded the research.

“Without the temporal and spatial scales employed here, we have little hope of understanding the complex ways in which organisms will respond to climate change.”

The plant species targeted by Morris and Doak range from populations in the high mountains of Colorado and New Mexico to species growing along the arctic coastline in far northern Alaska.

These regions include habitats that have undergone substantial climate change, leading to the expectation, says Doak, that–especially at the southern edge of their range–populations of the plants should be collapsing.

However, after studying the growth and survival of tens of thousands of individual plants over six years, the researchers show a more complex pattern of responses. 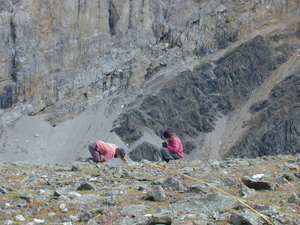 At the southern edge of their ranges, the plants indeed show negative effects of warmer conditions, with lower survival.

“But in most years,” says Doak, “these effects are balanced by plants in the south growing more rapidly, so that populations there are no less stable than those in the north.”

The opposing trends mean that under current conditions, even across the huge range of conditions Morris and Doak studied, populations of these plants are doing equally well across 30 degrees of latitude–one-third the distance from the equator to the north pole.

However, the researchers’ results don’t indicate that these plants, or other species, will be unaffected by warming conditions.

By looking at the performance of individual plants in particularly hot and cold years, they found that the compensatory effects across moderately cold to moderately warm years (lower survival balanced by more rapid growth) will not hold up with increased warming.

Instead, in the warmest years at all study sites, both survival and growth of the plants fell.

“Up to a point,” says Doak, “we may see little effect of warming for many organisms. But past a climatic tipping point, the balance of opposing effects of warming will likely cease, leading to subsequent rapid declines in populations.”

While this tipping point will be different for each species, responses of natural populations to gradual shifts in climate will not necessarily in turn be gradual.

“We shouldn’t interpret a lack of ecological response to past warming to mean that little or no effects are likely in the future,” says Doak.

The researchers’ work also points to a methodology with which to better understand and predict how climate effects on one species will combine to create overall population-wide effects.

“A key part of this approach is the need for long-term studies so we can observe and use the rare years with extreme climates to anticipate what the average future climate will bring,” Doak says.