EAST LANSING, Mich. — The peak risk for misusing prescription pain relievers occurs in mid-adolescence, specifically about 16 years old and earlier than many experts thought, according to a new study by Michigan State University researchers.

The results, based on recent nationwide surveys of nearly 120,000 U.S. adolescents, suggest prevention programs may need to be introduced earlier, in childhood and early adolescence, said James C. Anthony of MSU’s Department of Epidemiology and Biostatistics. 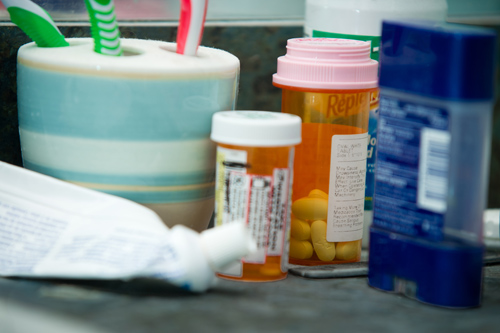 The peak risk for misusing prescription pain relievers occurs in mid-adolescence, according to new research out of MSU. Photo by G.L. Kohuth

“While much of the previous thinking was that misuse of these drugs emerged in the final year of high school and during the college-age years, we found that for adolescents the peak risk of starting to misuse these painkillers generally occurs earlier, not during the postsecondary school years,” Anthony said. “We suspect many physicians, other prescribing clinicians and public health professionals, will share our surprise in this finding.”

The study, supported by grants from the National Institute on Drug Abuse and MSU, was published on May 07, 2012, in the Archives of Pediatrics & Adolescent Medicine, a network publication of the Journal of the American Medical Association. 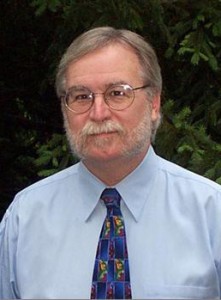 The team of researchers analyzed data from the 2004 through 2008 National Surveys on Drug Use and Health to identify when young people are most likely to start using prescription pain relievers to get high or for other unapproved uses. The results show about 1 in 60 young people between 12 and 21 years old starts using prescription pain relievers each year, outside the boundaries of what a prescriber has intended.

Peak risk is concentrated at about 16 years, when roughly 1 in 30 to 40 youth start to use painkillers to get high, or for other reasons not intended by the prescriber.

“Getting a firm grasp of when the first onset occurs is very important when we try to take public health action to prevent first occurrence,” Anthony said. “With the peak risk at age 16 years and a notable acceleration in risk between ages 13 and 14 years, any strict focus on college students or 12th graders might be an example of too little too late.”

The results reveal a need to strengthen prescribing guidelines for clinicians and introduce early school-based prevention programs such as effective school-based alcohol and tobacco initiatives, he said.

Other types of prevention programs include peer-resistance programs such as the popular “Just Say No” campaigns. There also is an opportunity to work with pharmaceutical specialists who sometimes can reformulate these drugs so their effects are blunted when misused.

As for clinicians with a public health perspective, Anthony said that non-opioid pain relievers such as ibuprofen can be quite effective, and that when opioid pain killers are prescribed for adolescents or in reach of teens, the number of tablets can be limited or kept under lock and key.

“Patients in transient pain are often given a larger opioid prescription than is needed. It can end up stacked in the medicine cabinet, available to anyone in or visiting the household,” he said.

To read the full journal article, go to https://bit.ly/ISxsmN.