COLUMBIA, Mo. – As more and more people use websites like Craigslist to find roommates and advertise apartment vacancies, the opportunities increase for housing discrimination law violations. Rigel Oliveri, an associate dean for faculty research and development and associate professor of law at the University of Missouri School of Law, found that discriminatory online housing ads are almost always posted by people seeking roommates, and are primarily based on familial status.

In a study published in the Indiana Law Review, Oliveri reviewed 10,000 housing advertisements from 10 major U.S. cities. Despite a huge number of housing ads placed daily on Craigslist in cities across the country, Oliveri found relatively few instances of illegal housing discrimination. Of the 10,000 ads she reviewed, she found that only five percent were potentially problematic or illegal. 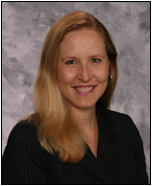 “Although ads that discriminate based on race, religion, and ethnicity are perhaps the most jarring, they are extremely rare,” Oliveri said. “The overwhelming majority of ads that violate the Federal Housing Act discriminate on the basis of familial status, which is whether or not a potential tenant or roommate has children. Moreover, the vast majority of those who post discriminatory on-line advertisements for housing are placed by people seeking roommates. Ninety-one percent of the 534 problematic ads we found were posted by private parties. Only nine percent of the ads were placed by landlords looking for tenants.”

Oliveri thinks people in shared housing situations who are advertising for roommates should be exempt from FHA laws. She argues that preventing roommate-seekers from advertising biographical information about themselves or expressing such preferences for their desired roommate would disproportionately affect minority group members who want to differentiate themselves from the majority or who seek a roommate who is a member of a minority group.

“This review of housing ads clearly demonstrates that there is a continued ignorance of and resistance to the fair housing law with respect to familial status,” Oliveri said. “Therefore, housing advocates should focus their attention on both raising awareness of familial status discrimination and changing public attitudes about it.”