One in 2,000 of UK population carries variant CJD proteins

One in 2,000 people in the UK are estimated to be carrying variant Creutzfeldt-Jakob disease (vCJD) proteins, according to a study led by Professor Sebastian Brandner (UCL Institute of Neurology).

The research, published in this week’s BMJ, is based on samples from more than 32,000 people and provides the most robust prevalence measure to date.

It identifies abnormal prion protein across a wider age group than found previously and in all genotypes, indicating “infection” may be relatively common and doctors need to understand the public health measures that are in place to protect patients.

The research was carried out in collaboration with researchers at the Animal Health and Veterinary Laboratories Agency, Public Health England and the University of Edinburgh.

vCJD is a degenerative brain disease – often called the human form of bovine spongiform encephalopathy (BSE) or “mad cow disease”. It emerged after widespread exposure to BSE prions in the late 1980s and early 1990s through contaminated meat products in the food chain. 177 clinical cases of vCJD have been diagnosed to date in the UK.

In this study, over 32,000 anonymous appendix samples were examined from people of all ages who had their appendix removed between 2000 and 2012 at 41 hospitals across England. Of these, 16 samples were positive for abnormal prion protein, indicating an overall prevalence of 493 per million population, or one in 2,000 people are likely to be carriers.

No difference was seen in different birth cohorts (1941-60 and 1961-85), in either sex, and there were no apparent differences in abnormal prion prevalence in three broad geographical areas. 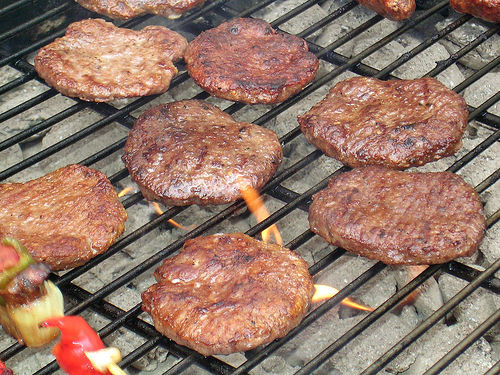 Genetic testing of the 16 positive samples revealed a higher proportion of valine homozygous (VV) genotype on part of the gene encoding the prion protein (PRNP) compared with the general UK population. This also differs from the 177 patients with vCJD, all of whom to date have been methionine homozygous (MM) genotype.

Professor Brandner said: “It is a concern is that individuals with this VV genotype may be susceptible to developing the condition over longer incubation periods, or they may not show any clinical signs of disease.

“An important finding is that the number of patients with clinical vCJD is still well below the number suggested by the prevalence of abnormal prion protein, even for those who carry the MM genotype. Nevertheless, it is essential to continue research into tests to detect abnormal prion protein in blood – and to examine tissue from the 1970s and earlier, before BSE appeared.”