COLUMBIA, Mo. – At least 5.7 million people in the U.S. have a form of dementia such as Alzheimer’s, including more than half of all nursing home residents. Previous research has shown that nursing homes often overmedicate dementia patients with antipsychotic medications despite the fact that the FDA has not approved these medications for the treatment of dementia. Now, new research from the University of Missouri has found that increased staffing of registered nurses in Missouri nursing homes is associated with lower use of antipsychotics.

“Missouri has fewer registered nurse hours per resident than the national average, and it ranks high in antipsychotic use,” said Lorraine Phillips, who conducted the research as an associate professor in MU’s Sinclair School of Nursing. “We found that if registered nurse staffing in this state were to rise to meet the national average, the odds of antipsychotic use would go down by at least 22 percent.” 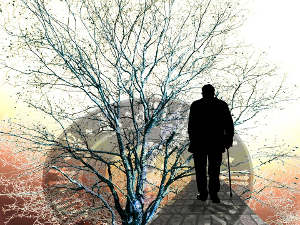 Phillips and her colleagues analyzed data from 458 Medicare or Medicaid certified nursing homes in Missouri. The data on residents came from the 2015 Minimum Data Set, a federally mandated assessment of residents in federally funded nursing homes, while facility-level information came from annual cost reports submitted to the Missouri Department of Health and Human Services. Researchers found that more than 11 percent of all residents – and about 15 percent of those with dementia – had received an antipsychotic medication within seven days of the assessment.

By comparing the facilities, researchers were able to show that increasing staffing of registered nurses by a full hour per resident per day could reduce antipsychotic use by more than 50 percent for residents, including those with and without dementia diagnoses. Simply bringing registered nurse staffing in line with the national average,  which would require an increase of only 20 minutes per resident per day, would still result in a 22 percent overall decrease in use. Residents with diagnoses for which antipsychotics are approved were excluded from the study.

“People with dementia may have thoughts and feelings that interfere with relating to other people and the environment, and off-label use of antipsychotics is not likely to improve that issue,” Phillips said. “It’s understandable that sometimes nursing homes simply can’t fill positions due to a variety of circumstances, but we believe this study can be used to help nursing homes make better decisions about staffing and antipsychotic medications.”

In light of new, more stringent certification standards for dementia care from the Centers for Medicare and Medicaid Services (CMS), Phillips said adding more registered nurses could also help facilities avoid falling short of those standards. The study is the first to examine antipsychotic use in nursing home facilities on the state level with this degree of detail; researchers accounted for a variety of conditions and characteristics of residents, including cognitive performance, behaviors and symptoms, as well as many facility-level factors. According to Phillips, this level of detail could help researchers develop clinical decision tools for care facilities in the future.

“An observational study of antipsychotic medication use among long-stay nursing home residents without qualifying diagnoses” was published in the Journal of Psychiatric and Mental Health Nursing. Other researchers involved in the study were Marilyn Rantz, Nancy Birtley, Gregory Petrosky and Carol Siem of the University of Missouri. Funding was provided in part by the Missouri Department of Health and Senior Services.