No Ocean-Borne Radiation from Fukushima Detected on West Coast Shoreline, According to Analysis of 1st Samples from ‘Kelp Watch 2014’

LONG BEACH, Calif.—Scientists working together on Kelp Watch 2014 announced today that the West Coast shoreline shows no signs of ocean-borne radiation from Japan’s Fukushima nuclear power plant disaster, following their analysis of the first collection of kelp samples along the western U.S. coastline.

Kelp Watch 2014 is a project that uses coastal kelp beds as detectors of radioactive seawater arriving from Fukushima via the North Pacific Current. It is a collaborative effort led by Steven Manley, marine biology professor at California State University, Long Beach (CSULB), and Kai Vetter, head of applied nuclear physics at the Lawrence Berkeley National Laboratory (Berkeley Lab) and a nuclear engineering professor at the University of California, Berkeley. 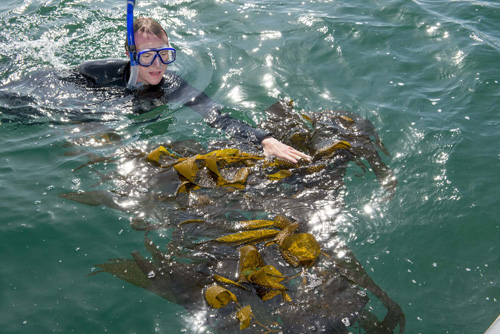 The new results are from samples primarily collected from Feb. 24 through March 14.

During the first phase of the project, samples were taken from 38 of the 44 sites originally identified, and the data being presented comes from an analysis of 28 of the 38 sample sites represented. 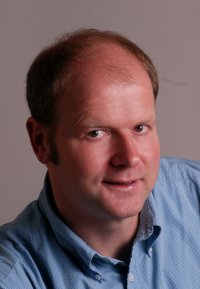 “Our data does not show the presence of Fukushima radioisotopes in West Coast Giant Kelp or Bull Kelp,” Manley said. “These results should reassure the public that our coastline is safe, and that we are monitoring it for these materials. At the same time, these results provide us with a baseline for which we can compare samples gathered later in the year.”

The samples analyzed to date were gathered from as far north as Kodiak Island, Alaska, to as far south as Baja California. Two sites in the tropics—Hawaii and Guam, where non-kelp brown algae were sampled (kelps are not found in the tropics)—were also negative for Fukushima radiation.

“The samples of greatest concern were those from the north, Alaska to Washington State, where it is thought the radioactive water will first make contact with North America,” Manley continued. “The tell-tale isotopic signature of Fukushima, Cs-134, was not seen, even at the incredibly low detection limits provided by Dr. Vetter’s group at the Berkeley Lab and UC Berkeley.”

Vetter added, “We will also publish results of naturally occurring radiation sources, such as those associated with the decay of uranium and thorium, to help provide context to our findings on radioisotopes Cs-134 and Cs-137 from Fukushima.”

Although initiated as a California-centric endeavor with 30 sites, Kelp Watch 2014 has steadily grown to include many sites along the west coast of North America and beyond. Manley noted that the project also has Giant Kelp from Chile in South America that will serve as a reference site, far removed from any potential influence from Fukushima.

Information about the procedures and results, including the results of the first samples’ analyses, are available to the public at kelpwatch.berkeley.edu. The researchers will continually update the website for public viewing as more samples arrive and are analyzed, including samples from Canada.

“Because the Pacific Northwest may be ground zero for its arrival, we will be receiving monthly samples from the west and southern coastline of Vancouver Island (Canada),” Manley explained. “One of the goals of Kelp Watch 2014 is to keep the public informed, to let them know we are on top of this event, and to document the amount of Fukushima radiation that enters our kelp forest ecosystem.”

The second of the three 2014 sampling periods is scheduled to begin in early July.

For more photos, and videos of the project, go to: https://www2.csulb.edu/misc/video/kelpwatch.html